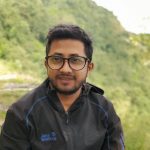 Never-ending Bollywood music playlist. Violation of lane discipline. Smelling of incense stick (and sweat). Fare fight for discount. Blaming the system for every traffic jam. This is the essence of public transportation in Kathmandu. But, sometimes, you hear big agendas and political debates. That is rare.

Like every day, I was travelling on Sajha Yatayat. I heard some college boys talking about a big national debate, a statutory rape case involving a star actor and a minor singer.

Boy 2: The boy seems a victim.

Boy 3: She is the culprit. She made him a victim.

This conversation represents the youth’s voice. Yes, it does! The boy is a victim; he has been framed. She has lost her mind.

Hey! boys out there, did you hear? The news is that the actor has been sentenced to 2.5 years in jail.

Sorry boys, law and science work in different ways from what you think.

Is it illegal to have sex with minors?

Yes, it can be illegal to have sex with minors. Having sexual intercourse with someone who is under the age of consent (<18 years) is treated as statutory rape in Nepal.

What is statutory rape?

Statutory rape laws make it illegal to have sex with someone who is:

The National Penal (Code) Act, 2017 has criminalised the offence of rape in its chapter18, section 219. Section 219 (2) defines rape as “where any person has sexual intercourse with a woman without her consent or with a girl child below 18 years of age even with her consent, the person shall be considered to commit rape on such woman or girl child.”

The word ‘rape’ is derived from the Latin word “rapio” which means forcible capture. Rape is a type of sexual assault usually involving sexual intercourse or other forms of sexual penetration carried out against a person without that person’s consent. The act may be carried out by physical force, coercion, abuse of authority, or against a person who is incapable of giving valid consent, such as one who is unconscious, incapacitated, has an intellectual disability, or is below the legal age of consent.

According to past laws, to be raped, there should be the insertion of the penis into the vagina, and discharge of ejaculation was necessary.

What does science say?

Blaming minors (<18 years) in rape cases is a fault. Before blaming, you should also know the science of how the teen’s brain performs and the way they think about the situation. It does not matter how smart teens are or how well they scored in the SEE, SAT, or CEE. Good judgment is not something they can excel in, at least not yet.

The rational part of a teen’s brain is not fully developed and will not be until age 25 or so.

In fact, recent research has found that adult and teen brains work differently. Adults think with the prefrontal cortex, the brain’s rational part. This is the part of the brain that responds to situations with good judgment and an awareness of long-term consequences. Teens process information with the amygdala. This is the emotional part.

In teens’ brains, the connections between the emotional part of the brain and the decision-making centre are still developing—and not always at the same rate. That is why when teens have overwhelming emotional input, they cannot explain later what they were thinking. They were not thinking as much as they were feeling.

It is estimated that approximately 10% of minors worldwide have experienced sexual harassment in their lifetime. However, in most countries with data available on rape (including the US), fewer than 40% of those minors seek help—and fewer than 10% seek assistance from law enforcement. As a result, most rapists escape punishment. In the US, for instance, it is estimated that only 9% of rapists are prosecuted, and only 3% spend time in prison. It means 97% of rapists walk free.

Worldwide, sexual violence, including rape is primarily committed by males against females. Rape by strangers is less common than rape by people the victim/survivor knows. Male-on-male and female-on-female rapes are also committed, but it is the least reported form.

Nepal too faces a significantly high number of rape cases each year. Several criminal laws have been implemented. The rape of minors has been a high-level priority. Despite several laws implemented, minors not getting proper dignity in the legal procedure has been an issue. Every year, minors face problems like social boycotts, defamation, mental torture, and pressure.

The below table shows the data on rape reported, prosecuted, and sanctioned from July 2015 to July 2020 in Nepal.

A research paper by Hirachan and Limbu includes information regarding the age group of victims and survivors at the time of sexual abuse, the relationship of the victim/survivor with the perpetrator, genital and extra-genital injuries present over the victim/survivor’s body and the number of cases attended as an expert witness by the author in various courts of Nepal. In the four years of research, 55 cases were examined as sexual assault cases. It was observed that the majority of victims and survivors were of the 13 -15 years of age group (46%) followed by <10 years (20%), 16-20 years (16%), >20 years (11%) and 10-12 years (7%). Regarding the relationship of the victim/suppressor with the alleged perpetrator, 87% of cases (48 out of 55) were related to acquaintances compared to 13% related to strangers. Surprisingly, 3.6% of cases (2 out of 48) involved the biological fathers of the victims/survivors. On physical examination of the victim’s body, 36% of cases showed genital injuries compared to only 15% with extra-genital injuries.

Young adults remain the most vulnerable group, so education related to sex, morality, humanity and different life skills training should be provided to these groups from their school years. The benefits of early intervention and comprehensive care of survivors with the use of standardised protocols along with shorter and lesser traumatic periods of court processing for the survivors of these cases should be encouraged.

Aryal is a molecular biology student and writes blogs on health science.