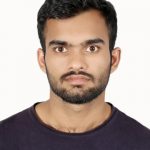 Photo by Markus Spiske on Unsplash

Discussions about the ever-increasing public debt of Nepal are getting hotter day by day on social media, on tea stalls as well as on the streets of this country. The recent crisis in Sri Lanka has further added fuel to this topic. Some are even presuming that Nepal’s foreign debt can lead Nepal into full-fledged bankruptcy.

But, the question is—are we really in such a huge mess?

In the case of foreign debt, 61.01 per cent of it is from multilateral agencies like the World Bank, Asian Development Bank (ADB) and others. These debts are long-term in nature and have relatively low-interest rates compared to bilateral ones, which amount to 39.99 per cent of total foreign debt taken by Nepal.

According to this report, the continuous devaluation of NPR against the USD has further put pressure on Nepal’s foreign liability. The devaluation of the domestic currency has added Rs 19.37 billion to the foreign debt of Nepal. Looking at past data, we can find that the debt to GDP ratio of Nepal has risen from 25 per cent in 2016/17 to 38.25 per cent in Q3 of 2021/22.

Comparison with other economies

According to IMF and some other sources, the level of gross public debt-to-GDP ratio in Canada is 116.3 per cent, in China at 66.8 per cent, in Germany at 70.3 per cent, in France at 115.2 per cent, and in the United States at 132.8 per cent. Similarly, in the SAARC region, in India, it is 89.6 per cent; in Bangladesh, it is around 41 per cent; in the Maldives and Bhutan, it is around 124 per cent and 134.94 per cent, respectively. Then, Pakistan has a public debt-to-GDP ratio of around 84 per cent and Sri Lanka, the country hit hard by the economic crisis, had it at around 101 per cent before the crisis unfolded.

Nepal is still in a comfortable position in terms of public debt-to-GDP ratio and in terms of having low-interest rates on its external loans, which are usually long-term in nature. It can still absorb more debt. If properly managed, debt reaching up to 60 per cent of the size of GDP will not pose any threat to the country.

Debt provides a country with the necessary capital to develop the necessary infrastructure in order to boost its economy and it is extremely good. Nepal is in a position to take more of it. However, it is not that the government should keep taking new loans without any productive use.

The government must utilise its debt in projects that can benefit the economy in the near future. In the case of Nepal, the majority of the foreign debt is being used in infrastructure projects. This is a good aspect, but continuous delay in most of such projects keeps adding liability to the country in the form of interest without getting benefit from it on time.

You can see this clearly in all the nation’s national pride projects. Moreover, the government and policymakers should prioritise the timely construction of such projects too. The government should also compare economic benefits between the cost and investment.

It should only invest in those projects from which it can derive economic benefit in the long run. Otherwise, it will be similar to funding white elephant projects like Hambantota port of Sri Lanka, which keeps increasing the country’s liability without deriving any profit from it to repay those loans.

Debt is not the single factor in the bankruptcy of a nation; there is the role of policymaking too, which determines the uses of such debt in either productive or non-productive sectors.

In terms of debt, Nepal is in a comfortable position to take more loans up to 60 per cent of GDP easily until the government keeps investing such funds in productive sectors to boost the economy.

Jha is a CA student at The Institute of Chartered Accountants of Nepal.