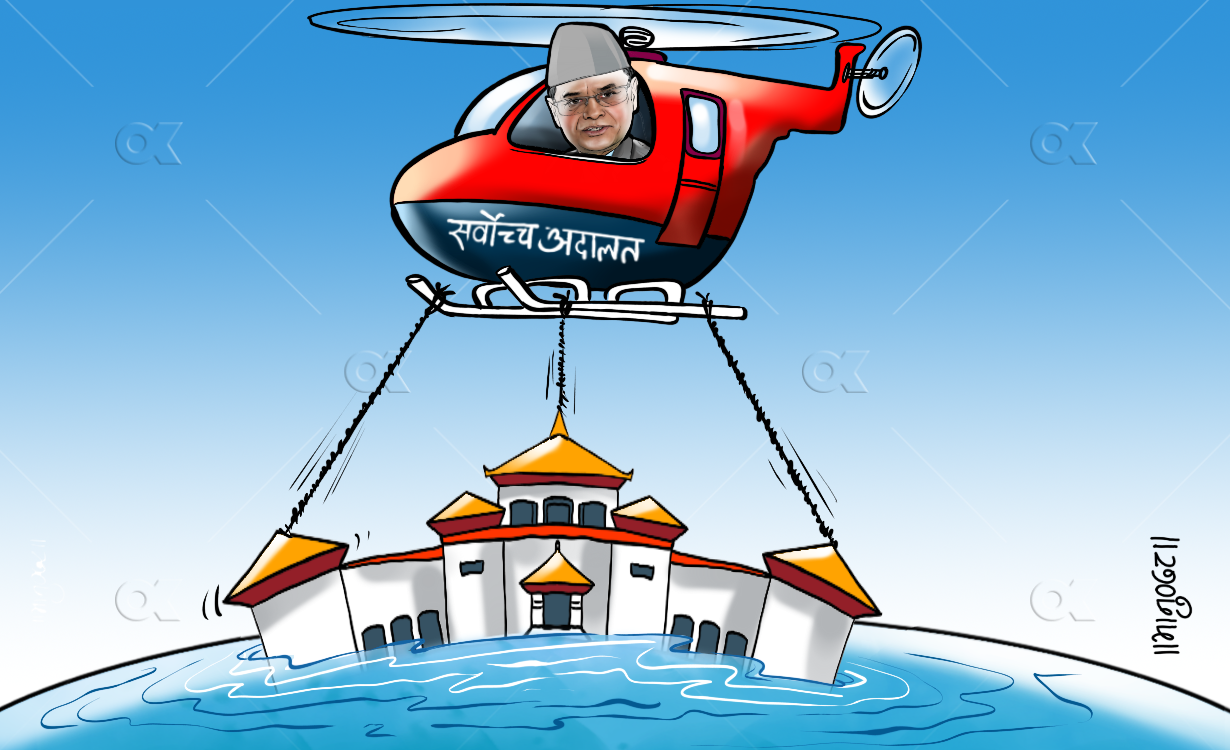 The Supreme Court once again rescued the parliament from drowning.

The Supreme Court has reinstated the House of Representatives that Prime Minister KP Sharma Oli had dissolved on May 22.

Rana said all five justices agreed to meet the demand in a writ petition filed by the main opposition leader Sher Bahadur Deuba.

It means Deuba’s appointment is certain by Tuesday.

The court has told the government to summon the House meeting by 5 PM, July 18.

Oli had dissolved the House a few hours after midnight of May 21 after making President Bidya Devi Bhandari reject the application submitted by Deuba to get appointed as the PM. To block the smooth constitutional process, he had submitted his own application to get appointed again, just one day after he had recommended for the new PM’s appointment.

However, the court today said Deuba’s claim was valid and Oli’s not.

Before this also, Oli had dissolved the House on December 20, 2020, but the court had reinstated it, terming his move unconstitutional, on February 23.