Passengers trying to get on a bus to Pokhara from Kalanki.

“How can the price increase almost double in less than a year,” he says. “I will have to think twice before going home now.”

In the past year, transportation fare for almost all public transport has risen by 65 per cent mostly due to the constant increase in the price of petroleum products. The government as recently as Monday increased fares of public transport by up to 7.7 per cent. However, the public transport services have remained the same.

To ensure that the transport companies do not bear the brunt of price hikes in petroleum products, the government has started a scientific approach, according to which it increases and decreases the fare of public transport according to the price of petroleum products. However, the government has yet to take a scientific approach to managing the public transport industry in the country.

The government’s lack of interest in bettering the system is shocking, say experts. They say that this also discourages people who want to give up on private transport and use public transport.

After all, the public transport system is also run by the private sector. These transport entrepreneurs do not care about service. All they seem to care about is reeking in a hefty profit with each completed trip.

What can be done?

“We should focus on creating new schemes and grant to transport owners to make it more attractive. This can help raise the standard of public transport in the country,” says Gajurel. “For this, the government can start by waiving off some parts of customs tax and route permit fee. The government can also start training drivers.”

Senior vice-president of the Federation of Nepal National Transport Entrepreneurs, Saroj Sitaula, also says the government has not been able to bring favourable policies to help the sector.

He says the government needs to take a scientific approach to solve this issue so that people start ditching private vehicles and using public transport.

“We need to start by promoting the use of electric vehicles. But, for that, we need to develop the necessary infrastructure. The government should help the federation by bringing in new technology that will manage the public transportation system in the country,” says Sitaula. “The policy needs to be different.”

But, he does say that transport operators also need to do their bit to improve the sector. He says if the government brought favourable policies, they would be more than happy to help the government to make public transport cheaper, safer, more reliable, more managed and better.

“We aren’t happy that the fare is rising because we know a lot of people can’t pay. The government needs to think about this because the poor will not be able to use public transport otherwise,” says Sitaula.

Nepal’s public transport is not just expensive; it is also unmanaged and disappointing. On top of that, it is not accessible to all. In most routes, there is a monopoly of a few companies that bar others from starting services.

This is why most buses are full of people and that is why a lot of people do not want to get into one. Getting into a public bus during the rush hour is like winning a war.

“The bus driver crams as many people as he can. Those who tell the conductor there isn’t enough space are frequently shamed for boarding a public bus,” says Gajurel.

He feels it was high time the driver and the conductor were taught how to speak and behave with passengers along with how to drive safely.

“We don’t have set regulations and I think we need that,” says Gajurel.

People also have to constantly argue with the bus driver or the conductor about the fare. These people often try to take more than what the government has set.

Most who suffer from poorly managed public transportation are the elderly, sick, young and differently-abled. Things are worse if you are a woman. People do not care about the reserved seats on buses and sit as they please. Women constantly face harassment. And, the worst thing, even in the capital, there is no public transport after 8 pm.

There is also no set timetable for a bus. People do not know how long it will take them to get from point A to B. This is a major problem for students and office goers.

What is also worse is no bus operator issues a ticket. This gives some the freedom to charge anything they please. “The government has done nothing about this,” says Gajurel.

Another reason people do not like using public transport is they are dirty. The seats are old, torn and smelly. Bus operators do not care about cleanliness and with no set government regulation, they do not have to.

The owner usually puts a seat cover when s/he buys the bus and does not change it until it is unusable. Passengers do not even bother complaining because they know nothing will change as they sit on a below-par seat. This, many argue, has created a bad culture.

The reason for these seats being so bad is they also act as a bed for the driver and the conductor who spend the night on the bus.

Buses also do not have dustbins as passengers throw everything on the floor.

Many say that public transports are not safe. Every year, hundreds of people die in bus accidents across the country. Every day, seven people die, says government reports. But despite knowing this, the government and transport operators do nothing. Instead, they blame the drivers for overspeeding or the overloading. Rarely does the government research why these accidents are happening, which puts the lives of a lot of people in danger.

There was a talk about forming a government body to investigate road accidents, but that has not happened. The government instead is just jotting down the number of accidents and archiving it.

“The government pays a lot of attention when even a simple incident happens at the airport. But when it comes to the roads, it is sheer carelessness,” says Ram Bahadur Thapa, a public transport campaigner. “It’s like the government doesn’t care about people who die due to bus accidents. Is it because they are poor?”

Thapa says that even the police do not do much. All they do to prepare their report is note down statements of those involved in the accidents.

“Given the way the police are simplifying these accidents, nothing will change,” says Thapa.

Police do not care about buses having more people than they should. They also do not monitor if there are two drivers for long-route buses. These are two main reasons for accidents in Nepal.

The government also does not do much to improve the standard of roads, produce better drivers, and check if the vehicles are maintained or not; nor do they force these vehicles to follow traffic rules. All accumulates to the public transportation system being poor.

Road safety expert Padam Bahadur Shahi says the government has not done enough to make roads safe. He feels the first thing the government needs to do is operate a vehicle fitness centre, through which he believes roads will be a bit safer.

“These centres will make sure vehicles are fit to run on the roads or not. We need a proper scientific approach to improve the state of public transport in the country,” says Shahi. 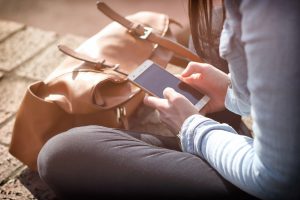