Why Nepal needs to introduce the Romeo and Juliet Law now 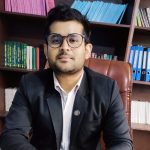 Let us consider that a 16-year-old boy and a 15-year-old girl developed an affection for each other. After a year, they have a consensual sexual relationship. Now, the question here is—is it statutory rape? If yes, who is to be blamed, the minor boy or the minor girl? Then, who is the culprit?

According to section 219 of Muluki Criminal Code, 2017, the boy has committed statutory rape against the girl who is now 16 years of age, two years shy of the age of consent even though they might have been involved in a consensual romantic relationship or even though, the sexual engagement was the result of their curiosity.

According to the code, the boy, after conviction, is likely to be sent to a juvenile correction home and after he attains the age of maturity, to jail. Considering the structure and traits of our society, he is more likely to be given the label of a sexual offender that would haunt him for the rest of his life. This is just because the age of consent in Nepal is 18 years.

But, if there had been the Romeo and Juliet Law in existence, this problem could have been solved quite easily.

The law in Nepal does not regard the consent of a girl below 18 years as valid because it is presumed that such minors lack the cognitive capacity to effectively guard against the manipulation by adults, and hence are incapable of consenting willingly.

The minors are vulnerable to exploitation because their conscience is yet to fully develop. Therefore, the state must protect her. On the one hand, this assumption is true to its fullest; on the other hand, it is equally important for the nation to protect the adolescent male from being convicted and labelled as a sex offender in event of romantic involvement with a close-in-age female as allowed by the Romeo and Juliet Law.

The lawmakers increased the age of consent in 2017 without considering that even a minor boy can be a victim in the case of romantic sexual engagement who unreasonably is to be considered a delinquent and now, they (the lawmakers) are disinterested in making an amendment to address the gap in the law.

Due to the upscaled age of consent, which was 16 prior to 2017, the number of prisoners convicted in rape cases has skyrocketed. The report of the Department of Prison Management shows more than 27 per cent of the total prisoners are convicts of statutory rape and the figure does not seem to fall down any sooner.

One of the key reasons behind these numbers is the conviction of minors in romantic sexual engagement. In fact, many law scholars predict that the upscaled age of consent in a society like ours where the culture of marrying at a young age has not been phased out completely and where increased cases of eloping at a young age are prevalent is likely to cause a hype in adolescent conviction in rape.

The prediction cannot be denied also because society is rapidly changing. Teenagers are exposed to the internet, and developed technologies and frequent interactions with these have exposed them to the temptation of curiosity and experimentation. All these facts directly or indirectly have contributed to the increased conviction of teenagers in statutory rape.

The convictions of teenagers in rape when the boy and girl have engaged in consensual romantic relations adversely affect the teenagers’ whole life.

Thus, not only the state fails to dispense justice, it scars such teenagers for life. Let’s not mention the financial burden that the state has to bear to manage the penitentiary. There is where Nepal needs the Romeo and Juliet Law.

The need for reform

However, the time demands reform to address the gap in the law. The introduction of the Romeo and Juliet Law in section 219 of the Muluki Criminal Code can be the solution.

The Romeo and Juliet Law is an exceptional clause that provides some degree of protection to the offenders of the statutory rape laws where the minor has consented to sexual intercourse and where the age difference between the minor and the alleged offender is small. It can also be understood as a clause that protects teenagers who are close in age from facing sex crime charges and convictions when they have consensual sex even when one or both teens are below the legal age of consent.

It is worth mentioning that even Indian courts have acknowledged the Romeo and Juliet Law such as in the case of Vijaylakshmi & Anr vs State (Crl O P(MD) No 3775 of 2012 (Mad HC) (India).

Many countries around the world have acknowledged this gap in their statutory rape law and have already started to take action for reform. It is high time that Nepal also introduced the Romeo and Juliet Law to address the gap in the existing rape law.

If not, Nepal must start to build Jails to incarcerate the future of the nation.