Nepal liquidity crunch: Alcohol, cosmetics, vehicles among others getting dearer amid restricted imports File: Due to liquidity crunch, Nepal Rastra Bank is trying to curb down imports.

Citing the liquidity crunch in the market, Nepal’s regulatory bank, Nepal Rastra Bank, on Monday brought a new policy that is expected to increase the cost of various products ranging from alcohol and cosmetics to vehicles.

This, many importers and industrialists say, will definitely increase the price of various commodities as they say it will be the consumers who will face the brunt of such a “regressive” decision.

The new policy is trying to discourage the import of furniture, playing card, alcohol, dry fruits, chocolates, sugar, lactose, processed drinking water, tobacco and cosmetics among many others. The NRB has told importers to deposit 100 per cent of the amount on all of these products before they apply for a letter of credit.

The NRB, on Monday, wrote to all banks ordering them to make sure that the only offer letter of credit (LC) to importers that have deposited 100 per cent of the margin amount. For vehicle importers, the margin amount is set at 50 per cent.

Businesspersons say that the government cannot restrict imports although this policy is trying to address the existing liquidity crunch. While many are quite positive about the 100 per cent margin on items like alcohol, tobacco, cigarettes, chocolate and beauty products, people have been puzzled by the NRB plan on including vehicles, marbles and tiles to the list.

Dhurba Thapa, the president of the NADA Automobiles Association of Nepal, says that this new policy has been brought to discourage any sort of import.

“This sort of policy that requires such huge investments doesn’t make sense,” says Thapa. “Its effects will appear in the market soon.”

They say this because businesses were given the LC before the liquidity crunch even at a 10 per cent margin if they stated they would be paying the margin amount within 60 days. But, the new policy will stop this practice which will affect the trade cycle that has been going on for years, says Durga Raj Shrestha, the outgoing president of the Retailers Association of Nepal.

He says that the policy also means businesses cannot even ask banks for loans to import items.

“We used to give businesses a month to pay us back, after which we paid the banks back. But now, this policy has closed all doors,” says Shrestha, adding the imports will go down drastically because only a handful of people in Nepal have money to do it.

NADA President Thapa says that even vehicle imports will be affected as the traders will find it hard to recoup the amount from the market even though it is only 50 per cent margin on their case.

“We need banks to make us LCs at least twice a month. But now, we need to accumulate money and that is going to be a lot of problems,” says Thapa.

Even the Federation Of Liquor Association of Nepal says the policy will heavily affect the cash flow in the market.

Consumer to face the brunt

The main people to suffer from this policy are importers of vehicles, beauty products and textile. As they already face a hard time balancing the books, it is highly likely that the cost of products will go up drastically. Along with that, there is also a chance that people will bring in these products through other channels.

NADA’s Thapa says another reason for the increase in prices will be businesses taking loans from people other than banks.

“This policy will affect the import cycle. I don’t know what will happen, but with import decreasing and the demand still high, I’m sure the cost will go up,” says Thapa.

But, the central bank says the policy is only temporary and will not be applicable in the long run. It says it was only bringing the policy to control imports which had increased massively in the past few months, affecting Nepal’s economy negatively.

Ramu Paudel, the executive director of the Foreign Exchange Management Department of the NRB, says that the central bank had to take this step due to a liquidity crisis in the country that had cut the country’s foreign exchange reserve drastically.

“We’ll reverse this decision as soon as the economy is back to normal,” says Paudel. 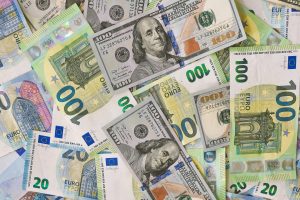 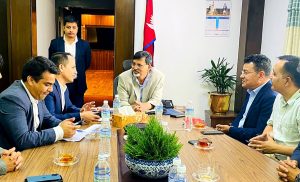