Almost a year back, a video of a popular TikToker (name not disclosed due to privacy reasons), who identifies herself as a transwoman, got viral in which she was being harassed by two bike riders. The video shared across social media showed her in one of her most vulnerable states where she was hiding her face and later approaching the harasser defensively.

The video originally posted with intentions to humiliate later got circulated around by a wide range of social media users to explain why it was wrong. People shared it for advocacy, talked of the atrociousness of the act, of the levels of impact that can make on the person and the LGBTQIA++ community to which she belongs, and the need for more awareness and discourses on the topics, with all positive intentions. Criticisms and comments poured, actions were taken, and the harassers along with the owner of the social media handle from which it was originally posted were taken into custody within a few days.

The day the video was out, a heated discussion took place among my group of friends. Considering how the video captured her in some of her vulnerable moments which she may or may not have been comfortable sharing widely, it can be assumed that the video would have impacted her at multiple levels, shared for advocacy or otherwise.

The confusions were “… but she is a public figure, so her videos are likely to be widely shared, right?” and “… but her video is used to provide a message, to make the society aware of the wrongfulness of the act, and to take action against it. So she might appreciate the support she is gaining, right?”

After an hourlong discussion back and forth, we came to realise that during a short span when all the events unfolded, it was not clear whether or not she had consented for the video to be shared once it was made outspread by the harasser. The greater purpose of advocacy also involved the uninformed and unconsented sharing of the video of one of her most vulnerable moments, which is ethically questionable. Hence, they should make efforts to ensure the advocacy campaigns are ethical, digitally too, by promoting informed consent.

What is informed consent?

Informed consent is a popular term in development and gender-based advocacy programme that refers to ensuring subjects of advocacy–in most cases, women, indigenous people and marginalised communities–have understood all stages of programmes and have given permission to use and publish their information freely.

The pre-requisition of taking consent falls in line with the Privacy Act of Nepal that has specified that “No person shall publish, or cause to be published, any matter which is related to any person so as to affect, inflict or insult in the personal life of such a person, by writing, speaking, publishing or using electronic means or any other manner. Furthermore, article 16, sub-section 1 of the act also prohibits publishing and disseminating photographs without obtaining his or her consent with the intention to annoy, distress or take any improper advantage.

Various bilateral and multilateral agencies have also developed ethical guidelines highlighting the need for informed consent as their safeguard policy. The United Nations’ ethical guidelines mandate, “Specific cases of violence against women and girls must not be exposed to the public unless the survivors are fully informed of potential consequences, and have given their explicit, possibly written, consent.” Likewise, the World Bank and Asian Development Bank, the two major donor agencies in Nepal’s developmental sector, follow their “Free, Prior, Informed Consent” provision that mandates prior consent of Indigenous and marginalised communities for certain project activities.

Limited within the agency-led interventions, the concept of informed consent lags behind in new-age social media advocacy.

With the digital world taking over means of all communication, social media platforms like Facebook, Twitter, Instagram and Clubhouse have provided the public with wide space at their fingertips to voice their opinions about any current affairs.

Social media advocacy has undoubtedly contributed a lot to bringing much-needed changes in the socio-political sphere. The most popular example is the #Metoo campaign, that spiked a global movement against workplace harassment. However, it also has its drawbacks. Since people have instant access to receiving and sharing information, ethical considerations get avoided sometimes.

With the larger scope of sharing information, there is an equal risk and tendency of spreading misinformation with a lack of evidence and researched data. The users who use social media for advocacy are also at greater risk of cyberbullying and online sexual harassment that has evidently led to increased mental health impacts among teens and youth. As per the Cyber Bureau of Nepal Police, there were 5,574 cases of online harassment reported within the period of 2016 to 2020, and yet that is still the most minimal representation of reality.

The cases of photos and profiles being used without the consent of the original user is also extensive. Facebook reports an estimated 16% of profiles on the platform being duplicate or fake that signifies unconsented profiles and information.

A paper published jointly by the UN agencies provides some guidance to ensuring ethical measures during social media advocacy.

Putting survivor’s best interest above everything: The survivors’ right to dignity, privacy, confidentiality, safety, security and protection from harm should be prioritised foremost and it should be considered how a story could potentially violate these core principles.

Avoiding judgmental language: Social media advocates should be careful about the choice of words and avoid referring to survivors’ history, sexual preferences, clothes, activities they were doing or time of abuse as they could connotate victim-blaming. Also, using the terms like ‘accuser’ or ‘alleged violence’ should be avoided as they reinforce disbelief in event occurrence.

Protection from harm: Even though consent is received, survivors should be prevented from further harm. The details that put survivors at risk such as their name, address, family information should be avoided.

Avoiding questions, attitudes or comments that are insensitive: Insensitive questions, attitudes or comments such as their feeling at the time of event, questioning their ability or inability to respond in the situation should be avoided. The journalists/advocates should only report the information the survivor is comfortable sharing with and if possible, consult with GBV experts to form the questions and conduct the interviews.

Khanal is a gender activist. 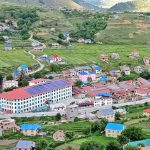