Nepal’s Minister for Affairs Pradeep Kumar Gyawali is likely to visit India in the second week of January. The visit, which was due to take place around December 15, was put on hold due to the internal dispute in the ruling Nepal Communist Party.

The visit, according to ministry sources, was supposed to take place in the first week of January. However, after Prime Minister KP Sharma Oli dissolved the House of Representatives, the visit was rescheduled to the second week of January.

The exact date of the meeting is yet to be finalised as the Supreme Court will begin the hearing on the petition against the dissolution of the House of Representatives by PM Oli. However, sources say that the visit is likely to be around January 15.

Gyawali is going to India to lead the Nepali delegation at the sixth meeting of Nepal-India Joint Commission. 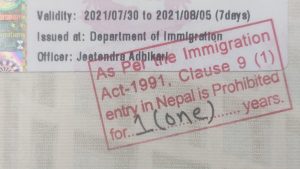