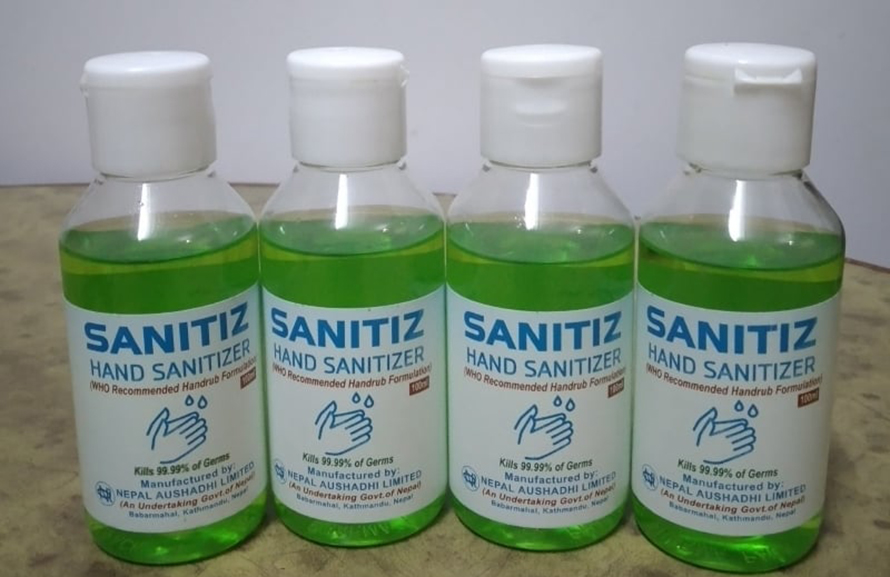 The sanitiser bottles produced and marketed by Nepal Aushadhi Limited, in April 2020.

When Nepal faced the first wave of the Covid-19 pandemic in March 2020, there was not a single company in the country that would produce hand sanitiser. One year down the line, the country now has 26 registered companies involved in the production.

The Department of Drug Administration, the country’s drug regulator, says no company had sought permission for the production of sanitiser until last year. But, in the past months, 26 including the government-run Nepal Aushadhi Limited have got the permits, informs its information officer Santosh KC.

“The market for sanitiser was not developed before Covid-19 because I don’t know any instance of regulating this product,” Narayan Prasad Dhakal, the chief of the department during the first wave of the pandemic says, “Last year, we specified standards for this and opened the way for its manufacturing in Nepal.”

Meanwhile, five companies have received permits to import and distribute sanitiser produced abroad, according to KC.