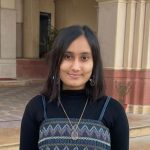 As a woman, it becomes difficult to see how people interpret menstruation, a natural phenomenon of the female body. Only because the menstrual cycle occurs in the female, society has made this natural gift more of a problem. It is sad to see a woman having to pay for this naturally occurring cycle.

Even though it occurs only in females, it is crucial for the opposite gender to equally know about it. Along with that, it is also important for all to acquire knowledge about the body’s mechanisms, which helps to know that it is a normal cycle and no one needs to be afraid or ashamed of it.

There is no debate that Nepal needs to normalise discussions about menstruation so that this is no more considered a matter of shame. But, it needs the entire society’s involvement. So, how can Nepal move towards that path? It should begin with debunking menstruation myths and promoting good behaviours.

Say no to menstruation myths

Not only knowing about the mechanism of the menstrual cycle is enough, but it is foremost to know about the reasons, taboos and symptoms revolving around the same. The symptoms include mood swings, food cravings, irritability, depression and others. With this information, it is also important to note that these all symptoms are usual and should be respected by all genders.

It is surprising to look at the kind of superstitions, misconceptions and wrong ideas that have been practised throughout decades and is still prevalent till 2022. You will be stunned to read about the clarifications behind so-called misconceptions.

There are various taboos related to menstruation such as barring menstruating women from temples, kitchens and even in their own houses.

It is said that in ancient times, women were not allowed to enter the kitchen because of their low stamina during menses. It was considered that they would mistakenly get a cut with the knives they used due to low stamina. They were also not allowed because during menstruation, they might be carrying some infections due to improper hygiene and sanitation that might further spread the infection while cooking food and other people might get an infection.

Let’s get to the true reason behind restrictions on entering the temple during menses. When these restrictions were first imposed, it was thought that during the cycle, women have very low and unstable energy. Since the temple is considered a high-energy point, this high energy would interfere with their low energy and further would cause other health complications.

Moving on with the taboo that women should be kept elsewhere during menstruation because they are impure, it is a complete myth. The truth is women should rather stay inside their homes in warm and cosy environments getting all the food that maintain the cycle and hormonal flow.

They should be given extra care so they do not feel weak during the cycle. It is disturbing to know that the generations have inherited the information in the wrong manner. And, now, it is all misconceptions and traditions that are followed without knowing the actual truth behind them.

Let me tell you about one real-life incident that happened in Nepal’s Bajura district. Even in 2022, many communities in Nepal consider menstruating women as impure and because of this impurity, they are forced to stay in cowsheds or a normal shed. In this incident, a woman in her menstruation, along with her two children, was kept in a windowless shed. The shed was too cold and freezing that they had to light up the fire, but unfortunately, they were found dead by one of their family members. Later, it was discovered that they died of suffocation as there was no ventilation.

Now, do you realise the importance of awareness?

1. Discussing the topic: It is important to note down that discussing menstruation should begin in their childhood even before they discover it by themselves. It should continue throughout the teenage.

There are many ways by which one can easily achieve hygiene during this time.

i. Frequently changing menstrual hygiene products: It is advisable to change them every 4-6 hours if one is active. But when one is resting or sleeping, it can be one napkin overnight. Changing napkins frequently is advised because their prolonged use can result in rashes and the accumulation of harmful bacteria, which can further spread infection in the body and even cause urinary tract infections and reproductive tract infections.

ii. Discarding the sanitary napkin safely to maintain sanitation: They should be strictly disposed of and should not be flushed by any chance as they can cause blockage.

iii. Wearing comfy and light clothing: Light clothes should be worn so there is easy movement and there will not be much sweating as sweats can give rise to infections.

iv. Best food options during menstruation: Suggested food items are chamomile tea, ginger tea, cinnamon tea, green tea and oolong tea. These teas will reduce menstrual cramps. Other food items like quinoa, buckwheat, beetroot, pomegranate, orange or vitamin C juices should be added to the diet. Dark chocolate is also advisable. Dry fruits like cashew nuts, almonds, pistachios and flax seeds can be taken. Sunflower seeds are also advisable. Further, the food items that should be taken after this phase are kimchi, sprouts and green leafy vegetables like spinach, kale, cabbage, celery, fenugreek, and others.

As a female, it is difficult for us to cope with misconceptions and taboos. Therefore, inheriting and spreading true information is needed to ensure that we live our menstrual phase easily without any pain and suffering as this cycle is natural that has sustained the world so far.

Jain is currently studying Bachelor of Science in Nutrition and Health.