In the eight months worst hit by the Covid-19 pandemic, the country added two million people to its group of internet subscribers, informs the telecommunications regulator.

The Nepal Telecommunications Authority says between March and November 2020, two million and 68,000 people have subscribed to new internet connections.

Before the government imposed lockdown to control the Covid-19 spread in the country in March last year, the number of internet subscribers was 21.85 million, but the figure reached 23.92 million by November, according to the authority.

Of the new subscribers, one million and 37,000 belong to the fixed-line category whereas the rest are in the mobile internet category.

Nepal’s internet market has over 40 service providing companies, and almost all of them have added new subscribers in the significant numbers.

Stakeholders believe the emerging trend of working from home and online classes has forced many of the customers to subscribe to the internet connection. 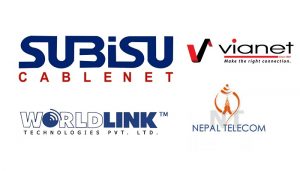