The government on Monday promoted joint-secretary Man Bahadur BK to a vacant position of the secretary. With the decision, BK has been the first Dalit to reach the special class (the rank of secretary) in the country’s civil service.

A promotion recommendation committee led by the Public Service Commission Chairperson Umesh Nath Mainali had shortlisted BK, Gokarna Mani Duwadi and Madhu Marasini for the position. Among the nominees, the government picked BK.

BK was working at the Ministry of Health and Population.

In the early 2000s, he had made a record by becoming the first chief district officer from the Dalit community. Since then, he worked as the CDO in Bardiya, Syangja, Chitwan, Makawanpur, Siraha and Tanahun districts. Then, he also worked as the director-general of the Department of Labour, the secretary of the Karnali Provincial Social Development Ministry, and the Province 5 Main Secretary.

He is a native of Palpa. 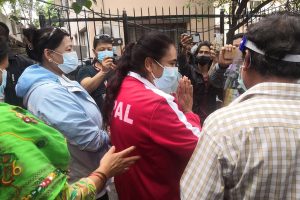 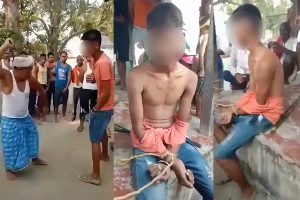 For Dalits and marginalised of Nepal’s Province 2, the state doesn’t exist amid the Covid-19 pandemic