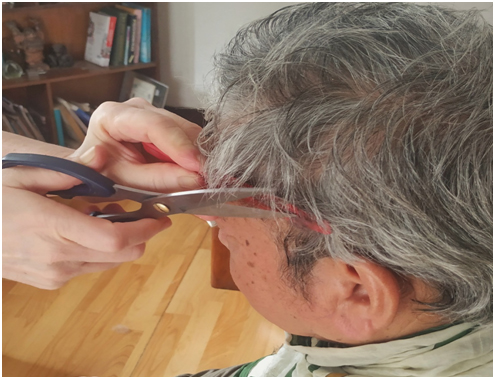 The worldwide Covid-19 pandemic has affected us all in one way or the other. The economic impact of the epidemic on life in general at the individual and community levels is being gradually felt. The ensuing repercussions will be here for quite some time to come. Daily wage earners and those who are at the lowest rung of the social ladder are the hardest hit.

One of the words in everybody’s lips following the spread of Covid-19 is “lockdown.” The social distancing and isolation following the restriction on individual and group movement to contain the spread of the virus gave us ample time to spend in our own company. Modern means of communications facilitate us to connect with the people we wish to share our thoughts and feelings whenever we like. There is, however, also a limit to it.

There are times when you want to keep to yourself but not when it is enforced on you. I do not remember any time in the past, spending so much time sitting in front of my television, laptop, or mobile. With the rapid development of audio-visual communication and entertainment mediums, reading books is no longer a popular pastime. It is difficult for me to remember the name of the last book I read.

Apart from entertaining us during the lockdown, television is also overwhelming us with information on the highly infectious disease. Nowadays, the general conversation usually starts and ends with “corona”. The information and data on the airborne and contagious disease are drilled into us in such a way, I sometimes think I have one of the several symptoms of the Covid-19.

With so many people walking around with the virus without any symptom, I sometimes wonder which person in my contact could possibly infect me with the virus, despite all the precautions of maintaining physical distance, washing hands, and covering the face. Or, could it be through the unsuspected object touched by an asymptomatic patient? I have often wondered — could it be paranoia? But, I quickly dismiss it.

The first few weeks of the lockdown were difficult, but gradually, we got used to keeping ourselves in isolation, without normal social interactions.  In the beginning, the pandemic appeared to be in the faraway land, amid faceless people.  But, slowly and steadily, the cases kept rising and seemed to occur nearer and nearer until it started happening in the adjoining neighbourhoods.  Most of us were in for a rude awakening, jolting us out of our complacency.

The lockdown was primarily aimed at containing the spread of the disease by waiting it out and letting it recede, but, in the meantime, experts started talking about the second wave and the community-level infection. With no medicine and vaccines in sight, the best thing for most of us would be to come to terms with the reality and brace for the long wait, while attending to our priorities and maintaining necessary precautions.

On the other hand, sporadic incidents have also shown that the stigma attached to Covid-19 is scarier than the disease itself.

The need for a haircut

Amidst the pandemic, individual-level problems and difficulties seem to be overshadowed by the larger issue faced by humanity in general. I did not have any idea about other men’s preoccupations, but the one thing that troubled me most during the first two months of lockdown was my rapidly growing hair. I do not wear my hair long, so I go to the barber’s and have it trimmed every month.

Generally, I do not make too much fuss about my haircut, but when the hair grows a little longer around the ears, I feel uneasy. With most of the world in complete lockdown, the personal problem I faced because of the length of my hair was anything but of much importance. It, however, continued to bother me. Every time I looked at myself in the mirror, I did not like what I saw there. The long hair did not suit me at all, and I badly needed a haircut. But, we were in a lockdown.

Not much choice left

One fine morning, an idea crossed my mind. Why not let my wife cut my hair? She also thinks long hair does not suit my face and makes me look sickly.  When I suggested her to cut my hair, she hesitated at first but agreed only to trim it.

But, I needed a full haircut. She had not done that before. I thought I was crazy to trust her to do the haircut. But, I was not left with much choice. The end of lockdown and the relaxing of restrictions on people’s movement would not necessarily mean the opening of the barber’s shops (officially, they are still not allowed to open in Kathmandu). Besides, it would not be the safest place to go to in the midst of a pandemic.

Since that I had made up my mind to have the haircut at home, there was no backing out. My wife had also taken it seriously. And, sure enough, there she appeared with scissors and a comb. She was smiling as if she was going to enjoy what she was to do next. The scissors in her hand were the only pair of scissors in the house–all-purpose scissors used to cut cloths, paper and plastic packages.

I do not know why people say barbers are great talkers. My barber is not much of a talker, so I have to initiate the talking. But, once he starts talking, there is no stopping him. In this case, the role was to be reversed. Here, I was to do the talking and give my wife necessary instructions about the haircut.

When she said she was ready, I told her about the length of hair I wanted behind the ears, on top and back. I did not have the advantage of the strategically positioned mirrors of the salon to see what was going on. I just kept my eyes closed and wished my hair would not look like a terraced hillside. My barber knows I want my hair slightly tapered on the sides and back. But it would be too much to ask her to do that.

The awkward way she held the comb and scissors made me wonder whether I had made the right decision. But, it was too late now. Compared to the light and smooth way with which the barber’s comb and scissors moved on my hair, hers was heavy and sluggish. When it was over and done with, I rushed to the room where the mirror is kept.

I critically ran my eyes over the hair in the mirror.  It was a pleasant surprise. It looked fairly good under the circumstances. Admittedly, it was more than what I had expected. I thanked her. I thought she was a natural hairdresser.

Since then, she has already cut my hair a couple of times, while also honing her barbering technique.

Not an original idea

Later, I learned I was not the only grey-haired man to have a haircut by his wife during the lockdown. I know a few men who are so fussy about their hairstyle; they would not even let other barbers touch their hair except by their favourite hairdressers. Lockdown made it possible for those fastidious men to trust their wives to have their haircut. After all, what’s the point of making a fuss about a haircut in such difficult circumstances we are in? 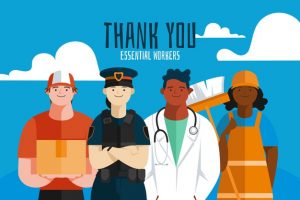 Covid-19 Nepal: Why gratitude to frontline workers is great during crises

Covid-19 Nepal: Lockdown eases, but the threat isn’t over yet