When 35-year-old Kanchi Maya Koju returned to Nepal from Canada on November 12, 2015, she was financially shattered, emotionally battered and physically fatigued.

The legendary runner from Bhaktapur, who had been dominating the running circuit for over a decade, had quit her job as a member of Nepal’s paramilitary, Armed Police Force, immediately after the earthquake. Having been in the force for five years, Koju thought it was time for her to move on, and settle in Canada, where she could run as a professional endurance athlete.

“The force was preparing to deploy us for 2015 earthquake relief work. But as an athlete, I was not up to the task,” says Koju. “I then asked friends and family to lend me money so that I could go to Canada, and possibly settle there. I had been invited by friends there to take part in a race. I got a 10-year multiple-entry visa.”

Koju thought she would retire soon, and her job would not pay enough to secure a future for her. She was desperate to look for greener pastures.

Koju, who represented Nepal at the 20014 Athens Olympics and the 2010 Asian Games in Guangzhou, did make it to Canada, thanks to generous support from her well-wishers. However, the sprinter, who holds two three national records, found it difficult to cope with her new life in North America. “I wanted to run, but I also had to look for work, and to pay back my loan,” she says.

Things did not work out for her in Canada, where she participated in a handful of races. “The pressure was too much for me to handle. So I decided to come back to Nepal. But by that time, the Armed Police Force had already decided to take disciplinary action against me,” she shares.

Following her return to Nepal, Koju, her coach Raghu Raj Onta says, was close to a depression. She had put on weight, and lost her stamina, and the thought of paying back her loan consumed her. “Nepal’s number one sprinter could not even run for 10 minutes,” remembers Onta. “She had totally lost all hope.”

Until February 2016, Koju was not convinced that she could run again. But it would take encouragement from her family and coach to get her to run again. Running was the only way she could get back her APF job, and the pre-Canada days.

Under Onta’s tutelage, Koju trained every day and set reachable targets for herself. The first was to win the Kathmandu Marathon in September, and then the national games in winter.

In September, Koju announced her return to form with a bang. She not only won the Kathmandu Marathon, she set a new national record, clocking 2:55:57. Her former employer took note of her performance.

“When Koju won the Kathmandu Marathon, everyone in the running community was surprised. Many had written her off. But I believed in her and told her she still has few more years of running left in her,” says Onta.

She continued her training in Kathmandu, and negotiated a deal with the APF to get her job back. “They allowed me to play for the side at the national games, and said  they would consider reinstating me.”

However, the APF are yet to take a decision. Going by her performance, she is likely to get her job and her life back. Surrounded by supporters and well-wishers, she is no longer a lonely runner.

Seventh National Games: Five athletes who have left their mark 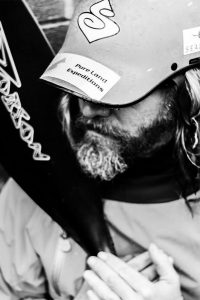 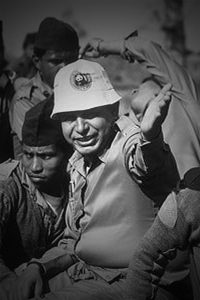 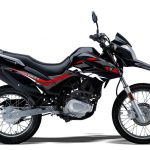