CPN-UML and RPP sign an agreement for a partnership for the May 13 local elections, in Kathmandu, on Wednesday, April 13, 2022.

The Kamal Thapa-led Rastriya Prajatantra Party Nepal has signed an agreement with the CPN-UML about the partnership in the local elections to be held across Nepal on May 13.

According to the agreement, the two parties will cooperate with each other in the elections. It means the UML will not field its candidates wherever the RPP Nepal is fighting and vice versa.

Meanwhile, the candidates of the RPP Nepal will also the sun, the election symbol of the UML, as their symbol for the purpose of voting.

The agreement reads that RPP Nepal candidates will not be considered members of the UML even if they win the polls with the sun as their election symbol.

Meanwhile, the UML also signed a similar agreement with the Nepal Pariwar Dal in Kathmandu today. 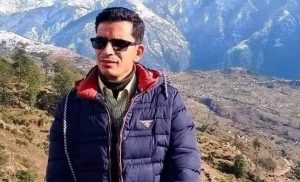