For hundreds of years, Jyapus, an indigenous group of Newars known for their agricultural profession, had been deprived of education due to occupational hierarchy within the Newars. They were limited to the fields, where they used their traditional tools to grow food to feed the community.

But the times have changed. The members of the group are no longer limited to agriculture, the new generation is taking up professions of it choice, leaving behind their traditional tools. The same tools have now become important aids for youngsters as well as those interested in Jyapu culture to learn the group’s history.

They are displaying them in a museum where each and every article tells a story of their ancestors, who toiled under the scorching sun for centuries. Jhyapu Samaj is an organisation of over 40,000 Jyapus from Kathmandu, Bhaktapur and Patan who felt a need to uplift themselves and fight the social stigma that so often surrounds their caste. Although small, the museum has a great significance in terms of its originality. Located in the midst of a bustling Newar settlement, the museum is fittingly Newar to the core.

The exhibition starts off with a display of a variety of  clay objects that seemed the most peculiar. This is symbolic of how civilisation started. Using the clay, they made utensils such pots and plates. They also made houses to protect themselves from the elements.

The exhibition then moves on to track the progress that occurred during the Malla and Lichhavi periods when elaborate wood and metal works adorned household objects. The objects in the museum show how they started their civilisation with clay.It can be seen that with time, the Jyapus  moved on to hand looms. Some of the looms from the earlier times are simple while the others are decorated elaborately. But some of the simplest objects such as the mari khasi, a huge vessel used during weddings to carry sweets to the bride’s house or as simple as the bhusi, an household item that held wet plates and provided the outlet of water through a tiny hole in its front, shed light on the aesthetic as well as practical values of these objects.

There are also the more exotic and rare pieces that even people from the Newar community say they haven’t seen since childhood. The most astounding is the collection of musical instruments. It has been claimed that the Newars have about 55 different types of instruments, but today hardly 15 of them are in use.

From different dholaks of varying sizes to the rare tin naanaa, all have been preserved there. These instruments play a significant role in Jyapu ceremonies.

The Jyapus are known for their rigorous rites that need to be performed from the time of birth, to adolescence and to old age. The practice of of tying the knot with the Sun is a case in point and has been captured well at the museum through a series of objects. Another lengthy rite is  the Jankhu that begins when a person touches 77 and eventually ends when he is 99. Yet another ceremony well documented at the museum is the Mah Puja, a festival in which people worship their ‘selves’.

There is no denying that the Jyapus have a distinct colourful and vibrant culture, which is reflected in their numerous objects, rites and festivals.

The Jhyapu Samaj museum is one of the finest examples of how members of a community can protect what is truly theirs and pass it on to the next generation. 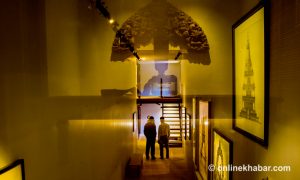 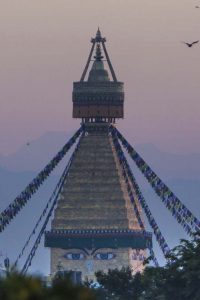 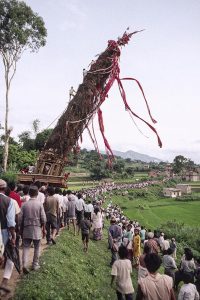