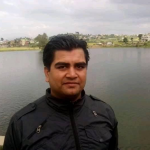 Do opportunities knock at us as recurring dreams? Certainly not. They appear before us occasionally, not regularly. The opportunity in constructing a new history rarely appears before us. It comes once in one era, but it does not wait for if it is not cashed rightly on time.

As the proverb “Time and tide wait for none”, the opportunity does not last long. If it is lost, we can hardly regain it in our life. Therefore, as rational and progressive being, we humans should move forward grabbing the opportunity without getting delayed.

It is the right time now in Nepal to remake history, grabbing the opportunity, to move towards the directly elected presidential system as the comprador capitalistic parliamentary system has crossed its limitation in terms of corruption, bribery, dishonesty, brokership, middlemanship, atrocity, pomposity, nepotism, favouritism and anarchy, and the nation is in urgent need of an alternative ruling system. Even though the directly elected presidential system may provide a chance to the president to exercise autocracy, misusing the supreme power sometimes, due to the total failure of the long-prevailing parliamentary system, the former is the only solution to the burning problems today in Nepal.

Nepal has successfully achieved so many political changes since the emergence of democracy in the 1950s. After the abolition of the monarchy and the establishment of a republic through the joint effort of the CPN-Maoist and the seven political parties during the People’s Movement II, Nepal has entered a new system with federalism, proportional representation, inclusiveness and secularism.

With the promulgation of a new progressive constitution, Nepal has practised three tiers of government: local, provincial and federal. Ideally, it should lead to participatory development through resource utilisation for economic revolution. The dreamy slogan “Gaungaunma Singhadarbar” comes into reality with the delegation of power and inclusive representation in the state structure. All the marginalised, backward and sidelined communities and groups have been brought to the frontline. Voices of the voiceless and the choices of the choiceless have been raised up. Yet, due to the continuous adoption of the outdated parliamentary system as a ruling structure, all the achievements have been overshadowed, and, therefore, people have been prevented from realising the changes in practical lives.

The parliamentary system was invented in the UK in the 1720s and 1730s by a group of parliamentarians, centred around the world’s first Prime Minister, Robert Walpole, who wanted to get around the limitations of separation of powers, particularly on their own ability to enrich themselves. Nepal also started practising it in 1950 with some hindrances in various times by the autocrats.

Even though Nepal has achieved great political transformations through different movements and sacrifices of the people, the continuity of the long-practised parliamentary system has overshadowed all the aspects. This system is based on brokership, moneyism, donism, favouritism and nepotism. Moreover, it promotes the rule of middlemanship, contractors’ supremacy, mafia system, kleptocracy, mobocracy, oligarchy and anarchy. The parliamentary culture of buying and selling the MPs as commodities has caused the death of humanity, honesty, morality, ideology and patriotism promoting fake nationalism and idealism. Also, this system has promoted lawlessness in the name of law and order, autocracy in the name of democracy and systemlessness in the name of the system.

We can look at some of the perversions of the parliamentary system:

One of the worst aspects of the parliamentary system is an expensive and unfair election system, in which the corrupt dons get tickets to contest, cruelly sidelining the honest and long-time selflessly serving and sacrificing cadres and leaders. Moreover, the opportunists, business tycoons, contractors and smugglers are welcome, embraced and honoured.

“Honesty is the best policy” is limited only in the proverb and does not exist in practice in Nepali politics. As the parliamentary system supports corruption, adulteration, market monopoly, privatisation and the syndicate system, weakening the state and empowering the compradors, it surely leads the nation to a failure. Furthermore, Nepal’s parliament is a place where illegal activities get legalised, and criminals are rewarded. Such such system keeps people in illusion in the name of democracy, human rights and socialism which are impossible within it.

Currently, Nepal is suffering from the same condition. This nation is rich in all aspects but the poorest one in the world because it has continuously followed the parliamentary system even after so many political changes. All the sectors like education, health, agriculture, business, security, development, policy-making and implementation are engulfed by corrupt parliamentary practice. No sector is untouched by this polluted system. From the local to national levels, Nepal is stricken by this system. It has become cancerous for our nation. Though negatively, the long seen consequences have provided a golden opportunity to move to an alternative ruling political state structure, which is surely the directly elected presidential system.

The directly elected presidential system dismantles the parliamentary brokership and syndicate of the political parties. In this system, free and neutral persons of the country can be elected as the executive chief. In addition, the intellectuals, experts and planners get space in state power to reform the nation. Even the youth get an opportunity to hold the position, getting directly elected from among the people.

Furthermore, this system provides a chance of check and balance between the judiciary, legislative and executive. It leads to the implementation of the slogan “right person at the right place at right time for the right purpose”. More than this, the presidential veto can be used to remove any kind of instabilities including the parliamentary brokership.

Merits of the presidential system are:

The directly elected presidential system provides a chance to people to elect their executive head by themselves, contrary to the parliamentary system in which the prime minister is elected by the MPs. Because of the same system, the votes, rights and dreams of the people get misused and shattered. Moreover, the directly elected presidential system, at least, leads to stability, challenging the syndicate of the political parties which creates havoc or deadlock like in Nepal currently.

This system creates such a situation in which the presidents and the politicians or common people who want to be presidents keep in touch with the people and their problems. The executive head is always transparent and accountable to the people and other state organs. It surely leads to a strong political system with perfect checks and balances of power among the state bodies. Nepal, after the practice of the parliamentary system for a long time, urgently needs to change the system and adopt the directly elected presidential system.

Nepal has achieved great successes in political transformation dismantling the unitary Hindu monarchy system and establishing republicanism, proportional representation, inclusiveness, secularism and federalism after the armed conflict and the people’s movements. But, the continuation of the comprador parliamentary system has led the nation to the status of a failed state, promoting moneyism, donism, nepotism, favouritism, brokership, oligarchy, mobocracy, kleptocracy, moral corruption, politico-cultural perversion, death of common sense, mafiacracy, loot upon the nation and the propaganda of nationalism, development and democratic idealism. As the perversion of parliamentarianism has crossed its limits in Nepal polluting every sector including education, health, politics, culture, religion, law, business and the constitutional bodies of the nation, the golden opportunity of challenging the comprador parliamentary system and adopting the directly elected presidential system has knocked at every Nepali. It is the right time to attack upon the outdated system and follow the new system with new possibilities.

Although the directly elected presidential system holds the loophole of making the president autocratic, it is nothing in front of the perversions of the parliamentary system. It is, therefore, an urgent need in the Nepali political circle to initiate a nationwide campaign and discussion upon changing the ruling system and state structure. As opportunities rarely knock at us, if we do not cash them at right time, we will have nothing more than regrets on our foolishness. 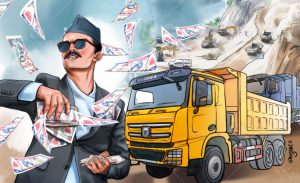