The Indian government, on Thursday, said it would assist Nepal with financial aid to improve and develop Janakpurdham.

Spokesperson of the Bharatiya Janata Party (BJP), Vijay Sonkar Shastri, has said that the monetary assistance of Rs 1 billion, which the Indian Prime Minister Narendra Modi had announced for the development of the Janakpurdham area, would be provided soon.

Talking to journalists, Shastri, who arrived in Janakpurdham in course of a religious visit, said the relations between Nepal and India are ancient and historical. He said the Government of India would provide the announced amount soon. 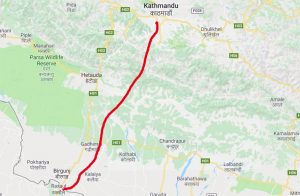