Despite its remaining life being as short as less than four months, the House of Representatives is preparing to elect the deputy speaker this Friday.

The position is vacant since January 2020 when the then deputy speaker Shiva Maya Tumbahangphe resigned from the position owing to party pressure. The parties did not pay attention to the issue for these two and a half years.

But, now, a source close to the Federal Parliament Secretariat says major parties have agreed to hold the election this Friday. Speaker Agni Prasad Sapkota is scheduled the make the announcement during the House meeting this afternoon. 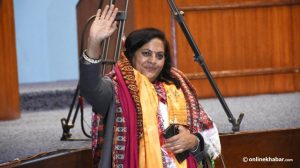