Gurkha regiments in India: Here is what you may not know Gurkhas have been deemed the bravest soldiers in the world. War or peace, their bravery has been appreciated and decorated always. Many young men from Nepal have joined the forces and fought gallantly not just within the country but worldwide. Outside Nepal, one of the most decorated and well-known forces Gurkhas are enrolled in is the Gurkha regiments in India.

Nepali soldiers, even today, get special recruitment in both the Indian Army and the British Army. This is guided by the Britain–India–Nepal tripartite agreement signed by all three countries following India’s independence in 1947. But, the Gurkhas have a much longer and interesting history than that.

Here are some facts about the Gurkha regiment in India that you might not have known until today. Lets’ begin!

In the Gurkha war (Anglo-Nepal war), the brave Nepali soldiers caught the attention of Sir David Ochterlony (1st Baronet of Pitforthy, 1st Baronet of Ochterlony, the then general of the East India Company in British India). Impressed by the potential of the Gorkhalis (the people of Gorkha), on April 24, 1815, he made them join the British India army and even fought wars for them. They first started as irregular forces, under three regiments named Nasiri, Sirmoor, and Kumaon battalions.

2. The most decorated section of Indian Army

The Gurkha units are known to be the most decorated in the Indian Army. They fought wars won badges and awards like Battle Honours in Uri sector in 1947/8, Ladakh in 1962, Jammu and Kashmir in 1965 and 1971. Additionally, they have been awarded three Param Vir Chakras, 33 Maha Vir Chakras, and 84 Vir Chakras.

Not only this, they have played an important role in the Indian peacekeeping force in Sri Lanka, and have been involved in the UN peacekeeping missions in Lebanon and Sierra Leone

Unique to the Gurkha regiments, the soldiers cry out “Jai Mahakali, Aayo Gorkhali!” before any war or event. This translates to ‘Hail Goddess Kali, the Gorkhalis are here’. This is symbolic and synonymous to the regiment and fills the soldiers with pride and honour.

Even today, all the Gurkha soldiers carry a khukuri with them. It is a long, forward-curving machete traditionally associated with the Nepali-speaking Gurkhas of Nepal and India. The khukuri is the national weapon of Nepal and of the Nepali Army. The insignia of the Gurkha Rifles also includes a pair of crossed khukuris.

More than 46,000 Gurkhas have died fighting for the British Crown. The Gurkha regiments have fought both World War I and World War II. The total participating soldiers were over 200,000 where more than 20,000 were deemed wounded, died or went missing in WWI and more than 23,000 in WWII.

7. Toughest selection process in the world

The Gurkha army’s selection process is known to be one of the toughest around the globe. Around 10,000 applicants stand in a selection process among which only 400 are selected out of them. They need to go through difficult tests like the doko race in which a candidate has to run a three-mile uphill by carrying 35 kg sand and rocks in a basket tied to the back.

8. Association with Nepal in their name

Although both ‘Gurkha’ and ‘Gorkha’ suggest the same originating from Gorkha of Nepal, the spelling changed from ‘Gurkha’ to ‘Gorkha’ in 1949. Gurkha soldiers fought bravely in the Anglo-Nepal war. After the partition of India, seven of the 10 Gurkha regiments were transferred to the Indian Army and, ever since, became a permanent and vital part of the Indian Army.

It is compulsory for the officers in the Gurkha Regiments to learn the Gorkhali language (Khas Kura or Khas Bhasa). This is because they need to be able to communicate and interact with their men in their native tongue to give them clear instructions and information. 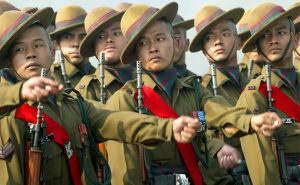 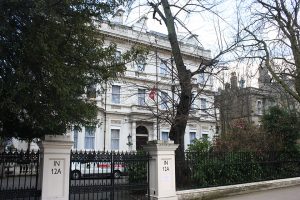 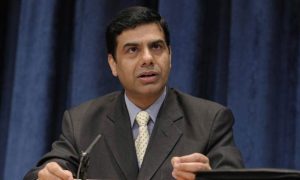