All major Nepali and English broadsheet dailies published from Kathmandu on Monday have prioritised a host of political issues over others. They include multiple significant decisions of the Cabinet meeting held yesterday including the decision to cut down AIG positions in Nepal Police and Armed Police Force, and finalisation of agendas of Prime Minister KP Sharma Oli’s upcoming China visit. Some newspapers have given the top priority to the decision to shut down the Kathmandu office of United Nations Department of Political Affairs. 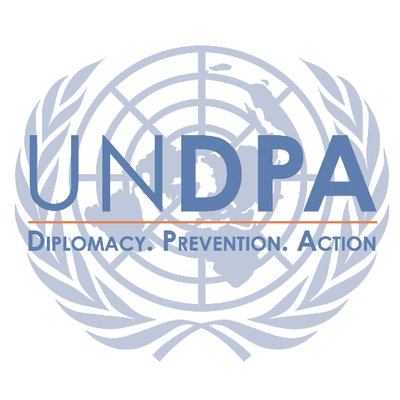 Annapurna Post, Nagarik, The Himalayan Times and Republica have reported that the Nepal government has decided to close down the Kathmandu office of United Nations Department of Political Affairs.

Earlier, the office was set up as a liaison office at the Office at the UN Resident Coordinator after the United Nations Mission to Nepal ceased operations in 2011, according to The  Himalayan Times. Nagarik quotes Ministry of Foreign Affairs spokesperson Bharat Raj Paudyal to say that the UN has already been informed about the decision.

Meanwhile, Annapurna Post has claimed that the government accused the UN body of carrying out activities against sovereignty of the nation though its primary objective was to maintain peace and harmony in the post-conflict society.

The Cabinet meeting held on Sunday discussed and finalised some agendas for Prime Minister KP Sharma Oli’s state visit to China, according to newspaper reports. Whereas many agendas have been finalised, discussions on extradition treaty has not been included on the list, The Himalayan Times reports in its lead story. The treaty will not be signed as the Nepal government did not agree with the draft sent by Beijing recently, according to the report.

Meanwhile, the Cabinet meeting also decided to form a mechanism to establish cooperation and coordination between Nepal and China on energy development, according to Karobar. The Ministry of Energy, Water Resources and Irrigation has been authorised to sign the agreement for the mechanism on Nepal’s behalf.

As many as 1,600 people’s representatives at the local level have failed to submit their property details to the concerned government authority. Subsequently, they have faced action, according to a story in Nagarik.

The Commission for the Investigation of Abuse of Authority has given them one month time to submit the details, but each of them will be fined Rs 5,000, the report informs.

Unnecessary judicial posts to be scrapped

The Kathmandu Post reports–quoting Minister for Law, Justice and Parliamentary Affairs Sher Bahadur Tamang–that the government is preparing to scrap unnecessary positions in the judiciary.

Speaking at a function in Kathmandu yesterday, the Minister said the government was reviewing judges’ posts for scrapping if found unnecessary whereas another focus of the government would be on monitoring whether the existing human resources was properly utilised.

RJPN mulls over options to save legality

As the Election Commission has directed the Rastriya Janata Party to hold its central general convention by July 14, the party is tense. Now, the party has concluded that holding the convention by the deadline after completing elections at all lower level committees will be impossible owing to time constrains. Therefore, it is mulling over two options to retain its legality: either to request the Commission to extend the deadline by six months, or to do the national convention directly without electing the party leadership at lower levels, Naya Patrika reports.

The four-column anchor story in The Himalayan Times reports that former higher police officials have still employed personnel of the national police forces for their domestic jobs although the Ministry of Home Affairs had issued a circular to Nepal Police and Armed Police Force two months ago against such practices.

The forces were directed to call back such personnel within seven days, but the Ministry recently found that many officials have breached the order.

Gorkhapatra, Kantipur and The Kathmandu Post report on their lead stories that China is planning to build two crossborder bridges to connect to Nepal. The Beijing government has sent the proposal to the Nepal government and the Cabinet meeting held yesterday endorsed the offer, according to the reports.

The bridges will be built at Tatopani and Rasuwagadhi border points. Existing old bridges will be demolished, Kantipur reports, adding trade activities via Tatopani border are expected to resume after the construction.

‘Obese’ army personnel to be deprived of promotion The Nepal Army has recently introduced a new rule about health conditions of its officials and personnel, according to which those with too high or too low body weights will be barred from promotion and other lucrative activities including their participation in the United Nations peacekeeping missions, according to Annapurna Post anchor story.

Meanwhile, some army officials have joined fitness clubs after the rule came into operation, the report adds.