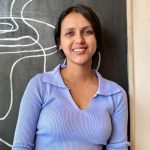 Dinesh Sigdel, a resident of the Ilam district in eastern Nepal, married Anita KC as his second wife despite his family’s objection. The family did not accept the marriage, forcing the newlyweds to stay in Biratnagar, the capital of Province 1.

After a few years of the wedding, Sigdel first went to Malaysia and then to Bahrain for foreign employment. Toiling hard, he would send as much money as possible to his wife and daughter.

Since January 2021, Sigdel’s communications with the wife started to get less frequent. Sigdel found the wife less interested in talking with him as he was busy with his job.

In his desperate effort to reconcile with his wife, Sigdel came back home in January 2022. He was planning to go back soon as he had borrowed Rs 60,000 from a colleague for his home visit, meaning he did not have the luxury to stay long here. But, before that, his chopped body parts were found in different bags nearby the Dharan-Bhedetar road in the neighbouring Sunsari district on February 17, 2022.

This is not a solitary case. Police and local judicial officials say foreign employment is linked to the majority of the disputes and crimes that occur in the houses in Nepali society these days.

From fraud to murder

Many criminal complaints are now heard at the local level in Nepal thanks to the constitution‘s provision for the formation of judicial committees led by deputy chiefs of the local governments.

According to Bam Bahadur Bhattarai, former deputy mayor of Taplejung’s Phungling municipality, “The majority of complaints filed with the local level judicial committee concern foreign employment. This has become a significant challenge for society.”

According to Central Police Spokesperson Bishnu Kumar KC, most of the recent crimes have some connection with foreign employment. “Foreign employment is causing family strifes, which in turn increases the crime rate within the family,” he says.

He adds that foreign employment is not only linked to social crimes such as fraud and domestic violence but is also causing heinous crimes like murder. The incident in Dharan is the latest example of that.

According to Province 1 Police Office in Biratnagar, in the fiscal year 2020/21 alone, 36 husbands who killed their wives and two wives who killed their husbands have been arrested. Many of these incidents are also linked to foreign employment.

According to retired DIG Hemanta Malla Thakuri, most of those who have gone abroad have problems at home. “Some are suppressing it for social reasons, while few have made it public,” he says. “Solutions for some of their troubles have even turned into criminal acts.”

“Today’s young generation does not want to live in Nepal. They are always looking for opportunities to go abroad,” says Malla. He says, “A large number of Nepali youth have migrated to the Gulf countries. Those who go for foreign employment immediately after marriage are facing family problems.”

According to advocate Tika Prasad Kandel, foreign employment has increased the incidence of divorce too. “There is a tendency for men to come back to get married and to go abroad in a few days after getting married,” he says.

Foreign employment has not only brought family strifes, but it is also having a negative impact on children. Rajesh Sharma, the chairman of the Children as the Zones of Peace National Campaign (CZOP), says, “It is the right of children to grow up with their families, to receive love and affection. But, at an early age, children are being deprived of guardianship. As soon as one of the parents goes abroad, the child is kept in the hostel, which is also affecting their mental health.”

According to Sanjeep Neupane, a child rights activist, when a couple get divorced due to the situation created by foreign employment, the child is also used as a means of financial bargaining. “Those who have a child are more likely to take over the property in order to raise them,” Neupane says. “Children are exposed to violence; there are chances they will fall into bad company because they don’t get adequate care,” he says. “Such children are also at risk.”

Manju Prasai, a former deputy mayor of Kankai municipality in Jhapa, has a similar experience. “My experience as the coordinator of the judicial committee shows that the main problem of the society now is foreign employment,” says Prasai.

Moreover, Til Bikram Kandangwa, a professor of sociology at the Kankai Multiple Campus in Jhapa, says the practice of independence is increasing in society. “Earlier, there was a joint family; there was care and support. Along with that, family members monitored each other’s behaviour,” he says.

However, according to Kandangwa, people are now forgetting social values and the incidence of extramarital affairs is increasing due to the highest exercise of freedom. That is bringing disunity in the family. “Even if a man earns money by going abroad, there are instances where he does not have a wife when he comes to Nepal. There are also cases where a man breaks up with his wife when his wife is abroad,” says Kandangwa. “The solution to this social problem is to create employment opportunities at home.”

“No young people have gone abroad as they please. They are forced to leave their homeland due to a lack of employment opportunities,” says Kandangwa. “If the federal or local governments can provide them with employment in Nepal, there will be no such problem.”

Chamlagain is a Jhapa-based journalist covering economic and social issues.