King Tribhuvan with the leaders of Nepali Congress

Today is the National Democracy Day in Nepal. On this day, Nepal welcomed democracy for the first time. This was the result of a revolution.

This was a political movement against the tyrannical Rana regime that eventually resulted in the end of the 104-year-long Rana rule in the country.

Let’s celebrate this Democracy day that marked the awakening of the democratic movements in Nepal, by learning some of the facts that revolved around it:

It is an open secret that Kind Tribhuvan always had an anti-Rana attitude and wanted to overthrow the Ranas from power. Hence, he also worked with Nepal Praja Parishad, a political party formed under the leadership of Tanka Prasad Acharya to remove the Rana dictatorship.

In the very process, King Tribhuvan along with his family took refuge in the Indian Embassy in Kathmandu in November 1950. Only Prince Gyanendra, a grandson of King Tribhuvan, was left in the palace. At that time, Mohan Shamsher JBR was the prime minister of Nepal.

Then, on November 10, 1950, King Tribhuvan accompanied by his family fled to New Delhi on two Indian military planes from the Indian Embassy.

2. Gyanendra’s first stint as the king

Being infuriated by the move of King Tribhuvan, Mohan Shamsher JBR called an emergency cabinet meeting on November 7, 1950, in Singha Durbar and declared the three-year-old Prince Gyanendra as the new king of the country. He was enthroned during a function at the Hanuman Dhoka Palace the same day.

However, many countries including India, the UK, and the USA refused to recognise the new king of Nepal.

On the same day when child Prince Gyanendra was crowned as the new king, mass demonstrations and protests against this act started in every corner of the country including the Kathmandu valley.

King Tribhuvan was formally welcomed in the capital of India by the Indian Prime Minister Jawahar Lal Nehru, and other high-ranking officials. After some months in the third round of negotiations, a tripartite agreement was signed in New Delhi among the Ranas, Nepali Congress, and King Tribhuvan. Later, it was known as the Delhi Accord.

In the accord, the three parties agreed to create a democratic constitution within two years by an elected constituent assembly, to not restrict any political organisations, to free the political prisoners, to hand over all the arms and ammunitions to the governments, and to make an interim cabinet having 10 ministers, five from Nepali Congress and the remaining half from the Ranas under the premiership of Mohan Shamsher and the ultimate power lies in the monarch.

Following the agreement, on February 15, 1951, King Tribhuvan returned to Nepal as the head of the state along with the leading members of the Nepali Congress party.

They were welcomed and cheered by a huge flock of supporters.

6. The proclamation and the joint government

On February 18, 1951, King Tribhuvan declared Nepal’s first steps to democracy with a historical proclamation. After that, this day is celebrated as Democracy Day.

Also, a cabinet was formed headed by Mohan Shamsher JBR including the members of the Rana family and the Nepali Congress Party.

Even after the end of the Rana regime, Mohan Shamsher JBR headed the cabinet as the Prime Minister of the country and was also able to enact the new constitution named the Interim Government of Nepal Act, 1951 until November 16, 1951. 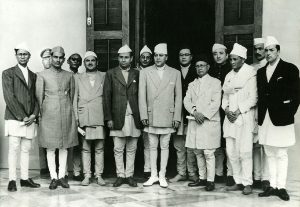