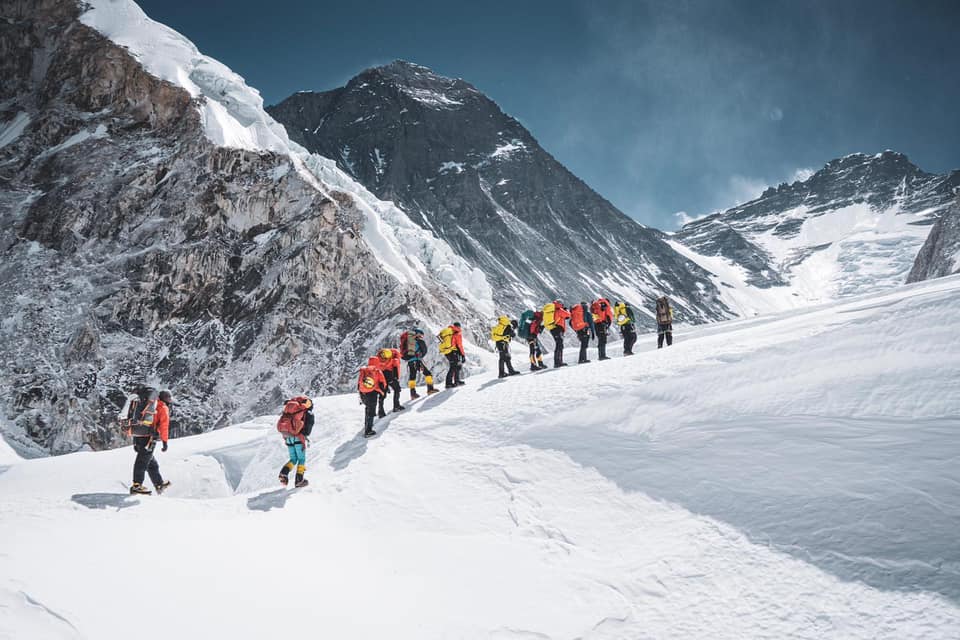 Government officials at the Everest base camp claim over 150 climbers have reached the peak of Mount Everest on Sunday alone.

After the new favourable weather window opened on Saturday, scores left the base camp for the peak last night, informs Department of Tourism’s liaison officer Gyanendra Shrestha, who is at the base camp currently.

“The number has not been fixed yet. Some additional climbers are also going up,” he says.

Shrestha says the climbers failing to make it to the peak today have to wait until May 28-29 to get another favourable weather window.