The Enough Is Enough group that has been demanding more PCR tests, better quarantine facilities as a part of the country’s Covid-19 response is preparing to resume street protests Tuesday.

Earlier in June, the activists had repeatedly demonstrated in Kathmandu and major cities of the country. However, the form of the protest was changed later, and two of the group’s leaders–Iih and Pukam Bam–had staged a fast-unto-death. In early July, the government convinced them to end the fast, with a 12-point agreement.

The government, however, did not implement the agreement, forcing Iih and a few others to resort to another round of fast-unto-death 10 days ago. As the government did not respond to the demand of implementing the agreement up to 10 days of the hunger strike, street protests will begin tomorrow again, according to the campaigners. 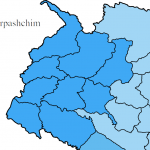