Dheeraj Shrestha: Boy who once played football as hobby is leading A Division club at 19 When Dheeraj Shrestha got a call for a trail at Friends Club two years ago, he didn’t have much hope of becoming a footballer. With no support from his family and with hardly any experience at a tender age of 17, he never thought he’d make it.

But two years down the, line he’s the captain of one of Nepal’s A Division clubs.

Born in Okhaldhunga, Shrestha’s family moved to Kathmandu when he was two years old. His father was a labourer, who didn’t have a stable job and his mother was busy looking after him and his sisters.

“If I remember my childhood, it wasn’t great. We were always thinking about our next meal,” he shares.

Not wanting his son to have a similar life, Shrestha’s father admitted him to a school. “First I was admitted to a government school, but my father wanted me to do well, so he enrolled me at Don Bosco.”

At Don Bosco, Shrestha started to show interest in sports. “Although my first passion was dance, I liked to participate in 100 and 200 metre events.”

The passion for running then made a way for him being selected in the school football team. “I didn’t play football. But when I was in the ninth standard, our school participated in the Coca-Cola Cup. As the team needed players and I was a runner, my seniors asked me to play for the team.”

It was only after the tournament that he developed a love for the game. His performance in the interschool competition caught a few eyes and he was asked to join the ANFA Academy. “I wanted to go, but my father didn’t allow. He said there was no future and asked me to focus on my studies.”

He agreed to do so and focused on his studies passing his secondary level examinations with 76%. Then he tried to convince his parents, but they told him to focus on passing his high school first. “They also told me that I should start working and got me a job at Oppo’s mobile store.”

During high school, he found out about Messi and Ronaldo. “We didn’t have a television at our house. If we did, I’d have known about them and maybe would have played more football.”

To watch his two heroes, he used to go to his friend’s house and watch games. But when his parents found out, he was beaten up. “But still, I used to tell my mother that I’d make a name for myself in football.”

Even though his parents were against him, he kept on balancing football and studies together. He was adjudged the player of the tournament in a high school competition and was asked if he needed a coach to train him. “Even though I wanted to, I knew my parents wouldn’t agree so I passed on that opportunity.”

To make sure he didn’t hurt his parents’ feelings, he completed his high school and worked at the mobile shop for nine months. “I was doing well. I was getting a good response from my bosses, but I still wanted to play football.”

One day at work, he got training on how to be a good salesman. He was taught how to push ideas into people’s head and he used that technique at home to try and see if his parents would agree to make him a footballer. “It took me time, but my mother finally agreed. She said that if I wanted to get into football, I should.” Things started to look better for him after that. “One day when I went home, my father approached me. What he said really shocked me. He asked me which boot I wanted to buy and took a shop and bought me football boots. It’s a day I will never forget.”

His father at one time had beaten him for going to training, but he now bought him a boot and that gave him a lot of confidence. “He didn’t believe me cent per cent, but his support was enough for me, which is why after that I started to train myself.”

While he was training on his own, a member from Friends saw him and offered him a trial. When Shrestha went for the trial, he was made a ball boy. “I didn’t know what to make of it. But I knew I had to start from the bottom if I were to reach the top.”

He got his break playing in the U18 Lalit Memorial Championship, in which his performances led the team to semifinals of the tournament.

That performance caught a few eyes and he was in the 30-man squad for the U-18 SAFF Championship held in Bhutan in 2017. “That was quite a moment. I’d always dreamed of playing for Nepal and that finally came true.”

Shrestha shares that winning that tournament by beating India was an unbelievable feeling. “We felt we’d climbed Mount Everest and come back. It was quite amazing.”

From the high of being SAFF Champions, he then faced a low after Nepal’s U18 team did quite poor in the AFC Qualifiers in Kyrgyzstan in the same year. “Maybe it was the weather or a maybe it was our minds, I don’t know what happened, but it was a poor tournament for all of us.”

After a poor showing in Kyrgyzstan, Shrestha came back and started his practice again for Chandragiri Gold Cup. “Everyone was telling me that I was doing well. But what happened before the tournament changed me.”

He shares that his most memorable game was his first game as club captain. “I scored a hattrick in my first game. It couldn’t have been better.”

In a short span of two years, Shrestha rose from playing football as a hobby to signing his first professional contract aged 19. “I’ve never been a greedy player. I took whatever the club offered and am quite thankful to the Friends that I have been offered a contract and am leading this club in Division A.”

Even though his team have won just one game during the ongoing league, he still hopes they will have a good season. “I’ll do this for a few years. If I make it to the national team, I’ll have achieved my dream and if I don’t, maybe I’ll do something else in life.” 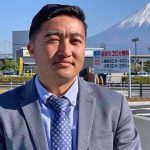 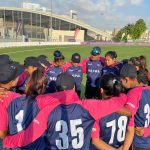 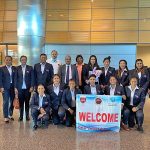 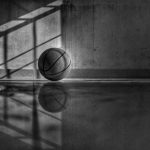