A child was rescued from the clutches of abductors, in Janakpurdham, on Saturday, February 20, 2021.

Police in the Dhanusha district of southeastern Nepal have arrested three persons on the charge of kidnapping a seven-year-old kid.

Earlier, the local police were reported that Chandan Das, the son of Ramesh Das, a resident of Jatahi, Nagairain municipality-6 of the district, was abducted on Saturday afternoon. He was missing from 1 pm yesterday whereas the family had received a telephone call in the evening demanding Rs 10 million ransom to get back the child.

“After the telephone call, we knew it was an abduction case. Then, we immediately mobilised a team, which rescued the child in Janakpur itself,” informs Province 2 Police Chief Dhiraj Pratap Singh.

Following the rescue, three persons have been arrested for further investigation. One of them is the child’s father Ramesh and another is maternal uncle Lakshmeshwar Das. The third suspect’s identity is not revealed but he is said to be another uncle of the child. 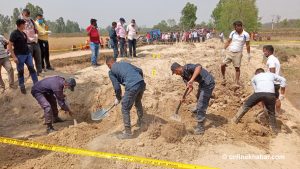 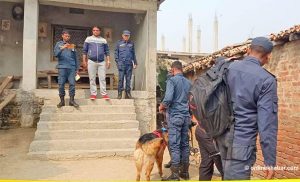