Dating apps are getting popular in Nepal, yet there are several issues to deal with 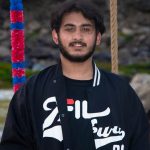 While many people do not think seriously about it, Nepali people have been dating and have been in relationships since their teenage. We can already see the effects of this concept that has been heavily influenced by western culture. I, myself, am an example, as my family is still unaware of my teenage dating life, hookups, and flings.

Teens today are heavily engaged in dating and hookups, even though their parents are strictly bound by the traditional culture. Throughout Nepal, dating has become a prevalent practice as society has evolved, and in recent days, daters have been using dating apps.

Today, we will examine the use of dating apps in Nepal and their major prospects and problems.

Dating and dating apps in Nepal

The definition of “dating” varies from person to person, especially between generations. In general, we define “dating” as an intimate relationship between two people.

The process of dating, as it is generally understood today, involves getting to know someone, asking flirty questions to girls you like and similar questions to boys, and waiting for mutual feelings to develop.

People in Nepal are usually connected through social media apps like Facebook, Instagram, and dating apps. Since Nepal is a traditional society and approaching unknown girls person to person is less common, the direct approach is less likely used.

Moreover, after having interacted on online dating sites, couples sometimes meet at cafes and restaurants and seem to visit places together.

In the past few years, dating apps have made it easier to meet new people and hang out. People usually find great romantic partners or good friends on dating apps.

The concept of dating apps has been popular mostly in major cities such as Kathmandu and Pokhara but is growing in other major cities too.

Prospects of dating apps in Nepal

There is no denying that the Covid pandemic has been good for dating apps – no matter how tasteless it may sound to refer to the past year as a “great time” for any entity, for any reason.

The number of users of dating apps has soared since the start of the pandemic, and those apps have the numbers to back it up. Also, due to the rise in digitalisation in Nepal, users have increased even more than before.

There has been a major surge in activity among major online dating apps and platforms since the beginning of the pandemic, and these trends have been steady for the past year.

The importance of online dating to romantic partnerships has only increased between people, and that is evident from the numbers. Online dating has forever changed how people meet. In the last year, nearly one in three people who married people found their partners on the internet, and this year’s and last year’s data suggest that the number might be closer to one in two. This is a green signal for Nepal too.

It will soar even more when people engage more in dating apps as the trend of these apps has been so prevalent among Nepal citizens. As dating apps become more and more prevalent in Nepal, it will change forever how people meet and interact with each other.

Issues with dating apps in Nepal

The Nepali people and their society still hold traditional values, and dating apps remain unacceptable. Despite the fact that people in urban areas are educated and society has evolved into a modern society, dating apps might still take some time to be accepted by society as a way to meet someone. This is evident in an experience shared by operators of matrimonial apps in Nepal also.

Apps like Tinder and Bumble are popular among Nepali teenagers. However, the number of users is still lower than social media platforms like Facebook and Instagram. This could be due to a variety of factors like a lack of awareness, internet, and mobile devices among the Nepalis.

While the trend of using dating apps is widely increasing in Nepal, most people in rural areas are still unaware of it. As Nepal continues to develop, technology and awareness are rapidly improving, but these apps are still unheard of. Due to traditional beliefs, dating before marriage is still not accepted by many Nepali parents.

With dating apps, it is difficult to match and engage with someone that shares the same interest. It is even harder when there are fewer users, and people are scattered in many different places and busy with their own lives.

You might have heard about many crimes involving such apps. The apps still warn their users not to meet strangers and to have a bit of knowledge about them before the meeting. At the end of the day, there is a high risk of meeting strangers, and they might not be the people you expected.

As there is a good market for dating apps in Nepal, the country might see its own apps that allow people to meet new people and find potential partners.

It seems that the practice of love marriage instead of an arranged marriage has gained a lot of traction in Nepal since people can find their own potential partners through dating apps and social media today.

By the way, getting married may cause you to regret not dating a partner earlier to determine their compatibility and true nature. The decision to start a family with your new partner should not be taken lightly, and dating should be used as a tool to get to know other people and find a common ground and compatibility.

Karki is a writer associated with ItsEasyTech in the US. 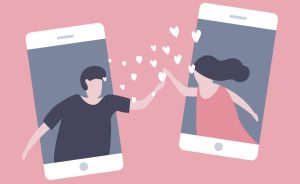