President Bidya Devi Bhandari has reshuffled the cabinet on Sunday evening. The cabinet reshuffle brings four new members into the council of ministers.

According to the President’s Office, the following new ministers have been appointed as recommended by Prime Minister Sher Bahadur Deuba in the cabinet reshuffle decided on Sunday.

Of them, Health Minister Khapung is not a new face as he was working as the state minister for the same ministry.

Earlier, on June 5, the CPN-Unified Socialist had decided to recall its five leaders from the cabinet and send new ones to replace them.

The decision was put on hold citing the House of Representatives was discussing the new budget plan. After the endorsement of the document, the party was piling pressure on Deuba to effect the change.

Accordingly, two ministers of the party had resigned today. 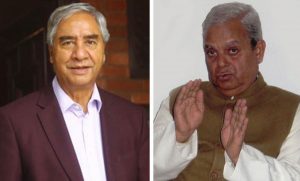