Govt uses 20% of annual development budget in 8 months, has to spend Rs 65 billion a month to meet the target File: A road construction project is underway in Makawanpur.

The government has only spent 20 per cent of the capital expenditure (development budget) in the first eight months of the current fiscal year.

According to the Financial Comptroller General Office, only Rs 77.14 billion had been spent by the government until the end of the eighth month (March 12). This is only 20.4 per cent of the development budget.

If the government wants to meet the revised target, it has to spend Rs 65.75 billion every month now, which seems impossible.

According to the Comptroller General Office data, the government has failed to implement Finance Minister Janardan Sharma’s plan to spend at least 10 per cent of the annual development budget every month, as the new figure is just 4 per cent more than the figure last month. 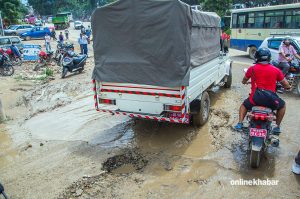 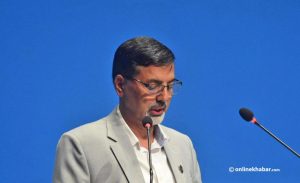