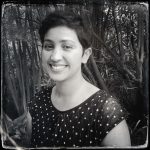 On March 11, 2018, Grishma Ram, a 15-year-old Dalit girl, was gang-raped in Saptari. Three were handed down sentences in connection with the case, but four perpetrators are still missing.

On September 23, 2020, Rajendra Bohora, an ‘upper-caste’ boy not only raped Renu, a 12-year-old Dalit girl but also killed her. Her body was found at a local temple in Bajhang. According to Kantipur, on an average, seven women a day have been raped between March and October 2020. Strikingly, rape has been magnified 1,814 per cent higher in 21 years. Surprisingly, there is no reliable disaggregated data on the rape of Dalit women in Nepal.

During the Covid-19 crisis, violence against Dalits has increased alarmingly. In 2020, Dalit human rights violation cases have gone up 45 per cent higher than in 2019. Informal Sector Service Centre (INSEC) reported 62 Dalit human rights violation cases last year. But, in 2020, within six months, the Samata Foundation collected over 90 cases. In them, 31 Dalits have lost their lives, and many have suffered from caste discrimination, physical violence, and rape.

Sexual violence has been used as an instrument to suppress women worldwide. In sexual violence, caste and race also play an important role. Despite the key differences in caste and race, there are stark similarities in the histories of systemic oppression, exclusion, exploitation, and rich cultures experienced by Dalit women and black women.

The complex intersection of class, race, and gender oppression further marginalises African American women in the US. Likewise, violence against women does not only occur because of their gender, and class but also because of their caste in Nepal. Interestingly, both the women’s movement and the Dalit movement often ignore the multiple marginalisations of Dalit women. The strategy that helped African American women debunk white feminism and the black movement can help us dismantle the idea of dominant caste-centric feminism and gender-insensitive Dalit movement.

In this context, I will explore key ideas of bell hooks on the intersection of race, class, and gender and how these ideas may be relevant for Nepal.

Who is bell hooks?

In 1981, bell hooks popularised the idea of intersectionality, without using the term, in her groundbreaking book Ain’t I a Woman: Black Women and Feminism. This book argues that the interplay of racism and sexism forced black women to be at the lowest rung in American society.

Kimberley Crenshaw, an American law professor, coined the term “intersectionality” over 30 years ago. It is, she aptly said, “a lens for seeing the way in which various forms of inequality often operate together and exacerbate each other.”

hooks was born in 1952 in Kentucky, a racially segregated state in the southern part of the US. Growing in the South profoundly impacted her writing. She attended segregated public schools with low resources and a few facilities. But, dedicated teachers, single black women, and her mother’s teaching assisted her to be a good student.

The American civil war had officially abolished slavery in 1865, but it did not bring equality. Death threats and lynchings were common for African Americans who pushed for change. Laws kept African Americans socially distant from whites by segregating schools, restaurants, buses, restrooms, drinking fountains, and by preventing interracial marriage. African Americans worked as servants, factory workers, and domestic workers. In the 1960s, even college-educated African Americans had limited options: teach in a school or work for the federal post office.

In the American civil rights movement of the 1950s and 1960s, African Americans struggled to gain equal rights. In 1954, the Brown vs Board of Education Supreme Court case declared, “Separate educational facilities are inherently unequal.” Racially segregated schools became unconstitutional.

This decision emboldened African Americans. They started grassroots non-violent movements, protests, and rallies with whites. The Greensboro, North Carolina sit-ins are an example. On February 1, 1960, four college students went to a whites-only lunch counter and asked for coffee, but they were rudely denied. They waited patiently to be served. They were attacked. Many college students organised other sit-ins. In 1963, thousands of people marched in Washington DC, where Martin Luther King Jr gave his famous ‘I have a dream’ speech; it became a slogan for justice.

In the women’s movement in the US in the 1960 and 1970s, women demanded equal rights and opportunities. Betty Friedan’s book ‘Feminine Mystique’ (1963) challenged traditional women’s roles. Women yearned to pursue higher education, engage in politics, control their reproductive lives, and live life not limited to ‘truly feminine’ activities such as housework, marriage, and children-rearing alone.

However, hooks criticised both the women’s movement and the civil rights movement. On the one hand, some white women’s rights activists supported a racist social order. On the other hand, most male black civil rights leaders did not demand equality for the sexes. In most organisations, men made policy decisions whereas women were limited to attending to the telephone or fixing coffee. Moreover, black men demanded women to be supportive and patient so that black men could regain their manhood.

hooks learned from American abolitionist Sojonour Truth. On May 29, 1851, Truth gave a history-making talk at a women’s conference in Ohio. During the convention, because Truth did not hear anything about the experience of African American women like her, she rose to speak.

Truth’s talk had a deep impact on hooks because she questioned white women about black women. She asked: don’t black women count as women? And, hooks asked the same question a hundred years later in Ain’t I a woman: Black Women and Feminism.

Many activists influenced hooks, such as Toni Morrison, Paulo Freire, Martin Luther King, and her mother Rosa Bell. “If there’s a book you really want to read but it hasn’t been written yet,’’ Morrison told her, “then you must write it.” Consequently, hooks published Ain’t I a Woman: Black Women and Feminism. A man laughed at her during her research, asking, “What is there to say about black women?” She was not discouraged; the man’s laughing fuelled her to continue research.

At first, because mainstream feminists did not recognise the overlaps of class, race, and sexism, hooks’ painstaking work Ain’t I a Woman: Black Women and Feminism was not well received. But, later on, the book became path-breaking in feminist thinking.

If we were to replace race with caste and closely examine intersectionality in relation to hooks’ works, we would learn a great deal to interrogate multiple forms of oppression faced by Dalit women.

In Nepal, not all women are from the dominant caste; and, not all Dalits are men. hooks’ ideas echo a thousand miles away now more than ever. The strategy that helped to debunk white feminism can help us dismantle the idea of dominant caste-centric feminism.

Nepal’s feminist movement mostly centres on high-caste, hilly, Hindu, elite women. It often neglects diversity among women. It not only ignores Dalit women but also other marginalised women. For example, even though sexual violence among Dalits, Madhesis, and indigenous women are alarmingly high compared to the dominant caste, they do not get much attention. The fact is that so-called high-caste women’s empathy extends primarily to women just like them. The moment they find caste, ethnicity, region, and language differences, victims do not get as much attention.

In addition, sexism and casteism manifest blatantly in political organisations. Nepal Dalit Mukti Sangathan, a Dalit organisation affiliated with the Nepal Communist Party (previously known as Nepal Utpidit Dalit Jatiya Mukti Samaj) never had a Dalit woman chairperson in 32 years. Similarly, the Nepal Dalit Sangh, an organisation affiliated with Nepali Congress has not had a Dalit women president since 1992. Surprisingly, Akhil Nepal Mahila Sangh, one of the oldest women political wings of Nepal Communist Party, has also not elected any Dalit woman as a president since its inception in the early 1950s.

hooks’ idea of intersectionality helps us think beyond women as a ‘single uniform category’. The stories of Grishma, Renu, and many more Dalit women, who are raped and murdered, show the importance of seeing how caste, class, and gender overlap.

Sadly, Dalit women are treated as a part of the problem. But, they are the solution. Dalit women have extraordinary endurance, infinite love, and respect for everyone, embracing different ideas, endless resistance, and enthusiasm to learn every day. These attributes make Dalit women a powerful force today.

Pariyar is a writer and activist.

26 wards in Kathmandu valley won’t have Dalit women representatives, 16 wards got them unopposed