There is a buzz around the place as devotees from all walks of life gather on the banks of the Bagmati. It’s Monday, the day everyone worships Lord Shiva and the day when the priests at the temple conduct a special aarati to appease the great destroyer.

As I reach the banks of the river opposite to the temple, the Bhatta (priest) is preparing for the aarati. On the other side of the river, another priest is placing wood and getting ready for a cremation to take place. I’m not the only one who’s here to witness this, there are people young and old, local and foreign.

Everyone who is present here wants to indulge in the spiritual journey. One that they will remember for years to come.

There is something pacifying about Pashupatinath. Standing on the banks of the holy Bagmati, the temple is one of the most important Hindu shrines in the world. Devotees from all across the globe come visit the temple which has also been declared a UNESCO World Heritage Site. Built around the 5th century, this holy pilgrimage is said to have existed from the beginning of the millennium when a Shiva lingam was discovered here. Having heard a lot about the aarati, I decided to see if the buzz was real. Devotees, young and old, were present during the evening aarati and there was feeling no one was there by force. Even small children were enjoying the spectacle along with a crowd that had mostly teenagers and tourists.

Tourists (non-Hindus) are forbidden from the temple itself; however, they can visit the exteriors, the ghats, river and most importantly the aarati area opposite to the Pashupatinath Temple.

This evening aarati is an event worth watching. Three priests line up on the bank of Bagmati from where they can get a direct view of Pashupatinath Temple. Aarati is a ritual of worship in which light from wicks soaked in ghee (purified butter) is offered to God. The Pashupatinath aarati follows three priests conducting the custom with oil lamps, lanterns and other religious elements by chanting sacred mantras.

The aarati starts with worship with coal incense that is burned with vegetable oil and different kinds of wood. As that is happening, a group of devotees start lighting up three large structures with fifty-four diyos (small oil-lamp) which is raised to Lord Shiva. The priests first dip the lights four times on the bottom; circle it seven times on the top in perfectly coordinated motions.

The aarati at Pashupatinath offers devotion to the holy river Bagmati and the Pashupatinath Temple. The bhajans are played on speakers and slowly I notice a few people moving in an odd manner. I ask a local what they are doing to which he replies ‘Tandav’. A dance form called Tandav is performed by some followers and the Sadhus at the aarati. Tandav is a celestial dance performed by Lord Shiva. Hence, followers dance the Tandava during the aarati paying respect to Lord Shiva. The way the aarati is moved is a standard ritual. The motions at the bottom symbolise the worship of the Lord’s feet, and those on the top are for his head. Each of the items of worship is rotated in the same manner. Diyos are the reasons that the motions seem beautiful at dark night.

The aarati isn’t only done for Lord Shiva, it is also done for the Bagmati River which has great importance in the Hindu religion. I remember my grandfather telling me how it is believed that taking a holy bath on this river washes away sins. When I was a child, he used to take me to the temple every week and used to dip it into the river even though I objected it every time. If you do decide to go to watch the aarati, I’d recommend you get there an hour before it starts. The timing varies from season to season and during the winter, the aarati stars at 6 PM. I talk to one of the Bhattas from afar and ask him how long this has been going on for. He tells me that the aarati has been going on for the past nine years and that it is offered to all gods and goddesses. “The objective of this aarati is to show our respect and gratitude towards Lord Shiva, the holy Bagmati River and finally to Goddess Parvati,” says the Bhatta who has been doing this for years.

What I admire about the Hindu religion is the fact it believes in the presence of God in every living soul. It places importance on good for everyone rather than good for just one. This is portrayed during the aarati where prayers are sung for the betterment of the whole of humanity and coming together as one is the main aim. The end of the aarati is marked by hailing for the wellness of every living soul and thanking God for the kindness bestowed by him. 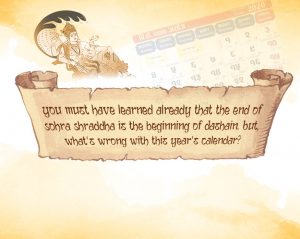 Mala Maas: Why is Dashain one month away from Sohra Shraddha this year? 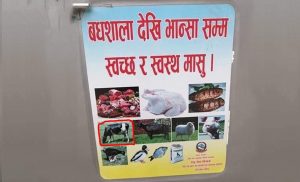 Why do you accept Hinduism? Baburam Bhattarai questions Dalits