Let’s begin it straightaway: Aama is a moving story acted out by proven artists. The movie tells a typical tale of the Nepali society. The plot is focused, restricted by the principles of necessity and probability. It must be a good watch for lovers of realism.

But ironically, this specificity becomes problematic if you go to the cinema after watching the trailer—the nearly two-hour-long movie offers you nothing more than what you have seen in the four-minute advertisement. The development of climax and denouement seems formulaic; it is predictable and rarely surprises you.

Overall, hence, Aama is another average project. While it offers you a spellbinding story with an excellent directorship, the movie cannot quench the Nepali cinema industry’s long-awaited thirst for originality and ‘newness’.

Because it is a family story and family values play decisive roles in anyone’s life in the Nepali society, the movie easily appeals to the Nepali audience in general. Dipendra K Khanal has written an emotionally charged story incorporating three subplots that are closely interconnected. The three subplots deal with different issues of the Nepali society: from the growing exodus of the young population to the foreign land, leaving the life of old people miserable in the villages, to the woes of ‘infertile’ couples. Yet, they connect to one theme: the parent-child relationship. Khanal seems so cautious not to ruin the vigour of his story that he has not only directed the movie, but he has held the cinematographer’s job also with himself. Apparently, his single-handedness has paid off. The camerawork is almost flawless. Many things, for example, the couple (Surakshya Panta and Manish Niraula)’s desire for a child, are told with the use of images, without saying it in words. Separate shots and scenes have been connected well. Transitions are effectively marked. For the sake of clarity, flashback scenes have not been used.

Despite having three subplots, which could have been developed into separate standalone stories, the movie communicates well. Khanal, as the writer and the director, deserves applause for this.

More importantly, the characters are built well in the movie. Though the title character is apparently played by veteran Mithila Sharma, Panta is the lead in this movie. Panta has done an excellent job; she looks natural in her emotionally-turbulent role. This project has elevated her one step up in her career. Sharma’s acting is also impressive, but the character she acts is quite flat that she is not required to show any dynamism and versatility. The same condition applies to the role played by Sarita Giri. The story allows both Sharma and Giri to smile very rarely. Though in a negative role, veteran radio drama actor Laxmi Bhusal has done her job well.

Because Khanal has introduced comparatively a few characters in the story, he has not lost his control over their portrayal. As Nepali movie critics often say, some ‘star’ actors work on their own frequently depriving the director of his/her command over the movie. However, Khanal has successfully handled the issue. Even the minor characters, such as the roles played by Aashant Sharma, Saroj Aryal and Asmita Khanal are built well. But there are some glitches. Consider two scenes as examples. When Aarati (Panta) shouts at some doctors at the first hospital the family visits to admit her dad (Desh Bhakta Khanal), the audience feels it is too early to make Panta angry. Perhaps, the director could have delayed the expression of anger. Then, in the second half, Aarati’s unnamed mother (Mithila Sharma) speaks to the ailing husband (Khanal) without waiting for his response, and her speech about how the couple raised their children in the past lasts for more than one minute. Here, the director has forgotten that his job is to show, not tell.

It seems the director deliberately wants to keep all men of the film under the women’s shadow. Not only that Khanal has been silenced, the character of Aarati’s husband, played by Manish Niraula, is also underdeveloped in the movie. His angry shouts at the wife seem made-up. While he is also a major character of the story and the way he acts out significantly affects the overall performance of the movie, Niraula’s training is below par in comparison to the performance of Surakshya Panta or Mithila Sharma.

Perhaps the bigger problem than the training of the actors is the story’s predictability. While the four-minute trial sums up everything that happens in the movie, a few elements of the film also enable the viewers to guess what they are expecting next. Consider, for example, the use of rainfall as a motif. Stereotypically, rainfall suggests some imminent challenges to the protagonists. As the curtains open, an ambulance is plying a serpentine road while it is raining cats and dogs. Showing the rainfall once or twice could have made the movie interesting and symbolically rich, but the audience of Aama fails to count how many times it rains after the opening scene. So happens with Aarati’s mother’s efforts to check the time on her husband’s watch. However, the use of roasted corn as a symbol is appropriate; it tells a lot about the family’s shattered dreams.

Of course, there are a few things that the trailer does not show you clearly; for example, a Christian man’s efforts to convert people at the hospital and the hospital’s fraudulent activities. However, they do not add anything significant to the plot.

Khanal’s 2016 blockbuster Pashupati Prasad fared well in the box office because its story was unique and particular. The movie had dealt with the incidents that general people had rarely thought about. However, his latest project does not have such unique elements, except that a lady shaves her head for her parents’ funeral. That too has turned stale with its excessive exposure on the film’s posters.

Perhaps, Khanal is aware of these shortcomings; hence he has been using the name and fame of Pashupati Prasad to promote Aama. When he delivers his next project after a few years, Khanal will still need to use the Pashupati Prasad-fame to advertise that. Though emotionally appealing, Aama does not offer him anything sellable to him and anything ‘new’ to the audience. 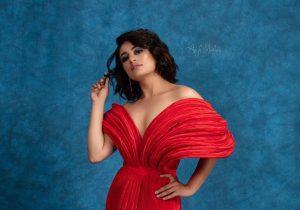