2 die in accidents in Kathmandu

Two people in Kathmandu died in separate accidents in Balaju and Chabahil of Kathmandu on Sunday.

A pedestrian died in Balauju after getting hit by a motorbike (Ba 42 Pa 9945) near Ganga Film Hall at 9:30 pm on Sunday.

Nepal Police has yet to identify the deceased while the motorbike rider is believed to be on the run.

The deceased has been identified as 25-year-old Chhiring Sherpa from Sindhupalchok.

2 die in a tractor accident in Bajhang

Pedestrian killed after getting hit by a bus in Kathmandu 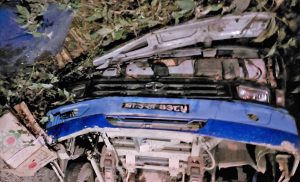 17 dead in bus accident at Bethanchowk