Nepal elections: Why youth’s reluctance to vote is a bad idea 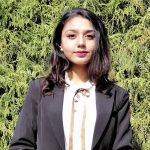 As the elections are approaching, everyone is talking about them. As a young adult about to cast votes for the first time, I and my contemporaries often come across questions such as why to vote. The reluctance to vote among the youth has become a serious problem in Nepal of late.

They say, “No, I would not vote. Why bother to stay up in a queue in the scorching sun during a holiday?”

Other elusive responses such as “who would care to vote”, “everyone’s the same”, or “I choose not to vote, hence have not acquired a voter’s id yet” are made swiftly. Their reluctance to vote does not only depict the youth’s lack of political awareness but also hints at the likely political accident looming over the country’s democracy.

The importance of voting

The young population makes up over half of the voters in the country. Therein, the youth must understand that to exercise one’s right to vote is proportional to encapsulating the very essence of democracy. Several wars have been fought, many revolutions were made just to ensure people with the right to choose their own representatives. In fact, one of the primary agendas of the early feminist movement was to ensure the enfranchisement of women.

These struggles and revolutions to secure the voting right depict it as a fundamental right of a citizen. The right to vote is a political tool that allows people to have direct participation and impact on political activities within their country. Voting is fundamental as an expression of popular sovereignty and as a preservative of other rights.

The reluctance to vote is a very unwelcome message to democracy. Its impact is seriously ill.

The point here is our one vote has the potential to decide what ideology takes up the seat. Our one vote has the gravity to decide as to which party’s agenda goes into the implementation. It is our vote that decides the fate of the following five years. This is to say a single person’s reluctance to vote can result in a different future than you wish for.

Most of the apprehension against voting comes from the impractical and disappointing agendas in the manifesto. Nonetheless, it must be borne in mind that only when we exercise our right to vote, we get an opportunity to voice our opinion and elucidate our apprehension against the system before choosing a representative.

Elections as the opportunity for political participation

Now is the time when every citizen holds ample power in their hands by exercising the constitutionally guaranteed right to vote. Rather than showing reluctance to vote, we must rather study and research to make our choices wisely.

As citizens, we have a right to vote; simultaneously, the elected representatives and the state at large have a duty to implement the promises made and be accountable to their voters. We can only expect these duties to be fulfilled by exercising our reciprocal rights, not by showing our reluctance to vote.

Jha is a law student.