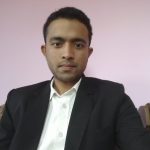 A screengrab of the song Ye Ni Barai from YouTube.

Directed by Bikram Chauhan featuring popular actress Surakshya Panta, Ye Ni Barai is a recent folk song watched by over two million in just two weeks. The 14-minute song, for the general audience, is filled with an emotional story. For practitioners and students of law, in addition, the song also provides a case story that reflects the status of criminal law in Nepali society, highlighting what Nepal needs to improve in the field.

The defence of chastity

In this song, Surakshya Panta acts as an office helper in a city where she has to earn bread and butter for her daughter and her mother. Her mother got ill, for which she has to deposit a large sum of money beforehand. This song starts with an interrogation of the office helper by the police. As the reviewer is mandated to give a criminal law perspective, one’s emotions need to be kept aside here whereas valid arguments and reasoning prevails.

This song portrays a grim picture of sexual exploitation at the workplace and beyond by higher officials. At first, in need of money, the office helper agrees to share a night with her boss (“Hakim Sir”). Then, she repeatedly faces harassment and abuse but could not react strongly. Sexual exploitation, which has been penalised by the Sexual Harassment at Workplace (Prevention) Act, is frequently the fate of workers.

The office helper’s economic condition and the sexual abuse are in a linear relation. The next point is the inaction by the office helper to lodge a complaint with the concerned department of the police albeit the earning of bread and butter has prevented her from expressing herself to the others.

When Hakim Sir comes to her room after she runs from the office for safety, he starts harassing and abusing her body, and she tries to skip repeatedly. After some minutes, in defence of her chastity, she attacks him and the man falls to death. From the perspective of criminal law, she could take the defence of chastity in the pleading. The defence of chastity falls under the right of private defence, which can be said as an exception to criminal liability.

Mensrea, a Latin terminology in criminal law to denote the intention part in a criminal case, has been precisely depicted in this song, Ye Ni Barai. The intention of exploiting the office helper in the name of funding has been shown on part of Hakim Sir. This intention gets proved by the repeated assault on the worker by the boss.

Now, let’s consider the police interrogation which opens the curtain to the whole story. The female police officer asks the accused why she murdered Hakim Sir. This way the interrogation takes place shows the police are the dominant factors in the criminal justice process while putting a shadow on the ability and power of the government attorney.

Although Muluki Criminal Procedural Code, 2017, has been in implementation for the past three years which prioritises the interrogation of the accused before a government attorney, the police have not changed their practice significantly. Only the interrogation by the government attorney to the accused has the value of evidence in courtroom as per the aforementioned code. This issue has been the contention on part of police administration as this weakened their power in regards to interrogation.

From a gender perspective, there is the presence of a female officer while the police team reaches to the scene of crime (SoC) which reflects the growing practice of gendering in the criminal justice system. But, on the other side, the accused feels it hard to describe the incident before the male police officer.

Another thing which this reviewer takes note of is the wound on the forehead of the accused. Before taking the accused to the health institution for treatment, the police officer has neglected her treatment and put her in custody.

Meanwhile, another challenge in the criminal justice system is the emotional pleading by the near and dear ones of the accused. The accused’s mother is portrayed in the song saying her daughter has no mistakes in the murder before the police. This sort of practice becomes a hindrance to establishing truth in the courtroom in dealing the alike criminal cases.

Overall, the song justifies the perils of the worker in the workplace, but it also draws some inferences about criminal law too. This song portrays the corporate office lifestyle and the intricacies of, especially female job holders. Instead of imagining their sorry state, the song demands for greater awareness and courage in working women as well as a more gender-friendly workplace.

Khatri is a law student.