Why Brexit has not and will not trigger EU disintegration

Brexit could radically change the UK. Both Scottish independence and Northern Ireland breaking away from Britain are conceivable and Boris Johnson’s government has a lot on his plate when it comes to negotiating the country’s future relationship with the EU, all the while delivering on the promised benefits of independence.

For the EU, Brexit marks more of a return to business as usual. The prospective fallout of Brexit will be rather less far-reaching or dramatic. At the time of the 2016 referendum, there were widespread fears that Brexit would unleash a contagion effect among other member states that could destroy the EU.

Opinion surveys conducted at this time suggested that the EU had become extremely unpopular among citizens in many other member states and that, if they had also staged referendums on whether to leave the EU, the outcomes in some of them – notably in two of the biggest pioneer states, France and Italy – would have been very close.

Three and a half years on, these fears have proved to be unfounded. Rather, as the citizens of the remaining 27 states have observed the destabilising impact that the referendum decision has had on British politics, they have been inoculated against the desire to secede from the EU. Outside the UK, national-populist parties have moderated their anti-EU rhetoric and nowadays profess to want to change the EU from within instead of destroying it.

But the attractiveness of secession from the EU is not shaped only by the perceived impact of Brexit, before and after its execution, but also by how well or badly the EU manages the major issues that confront it. The 2016 UK referendum took place in the shadow of the eurozone and refugee crises, when the popularity of the EU among its citizens had reached its nadir. Since then, these crises have been contained and the EU’s popularity has recovered.

While the EU has stabilised these crises, it has failed to create the right instruments to achieve a lasting resolution of either of them. If they flare up again, as is likely, or if new crises should break out, anti-European sentiment will resurge and secession from the EU may return to the political agenda in some member states.

The most likely candidates would probably then be larger member states whose citizens feel less dependent on the EU for their economic and physical security. The states that did not fare well in the refugee or eurozone crisis and where the EU is already politically contested. Hence France and, above all, Italy.

Meanwhile, the general political orientation and day-to-day functioning of the EU will not be much affected by Brexit, either negatively or positively. A member of neither the euro nor the Schengen zone, the UK did not belong to the EU’s core mechanisms.

In an earlier era, the UK was the co-architect of important EU initiatives such as the single market, Eastern enlargement and security and defence policy. But by the time of the Brexit referendum it had relegated itself to the EU’s margins. In recent times no other EU member state regarded the UK as its most important partner in the EU. For 18 of the 27 other member states, this was Germany, for three it was France.

For sure, some member states – those closest to the UK in their overall political orientation, such as the Netherlands and the Scandinavian members, or former British colonies, such as Malta and Cyprus – will miss the UK more than others. But the post-Brexit EU is unlikely to change significantly. And the northwestern European member states have organised themselves into a new coalition akin to the old Hanseatic League to fill the vacuum left by the UK on economic and fiscal issues.

It would be misplaced to think that the UK’s secession will make the EU more cohesive, however. The eurozone and migration crises, in neither of which the UK was a protagonist, showed how deep the political rifts are – north-south and east-west – that can divide the remaining 27 member states.

As in the past, how effectively such crises are mediated and how well the EU survives them will depend on the willingness and capacity of its key member states – Germany and France – to provide the other members with leadership that these can accept and that holds the EU together.

Already during the crises of the last decade, including Brexit, the French and German governments were not always willing or able to provide such leadership. Shifting domestic political constellations in both Paris and Berlin could curtail this even further. Next year’s German parliamentary elections and the next French presidential election in 2022 will both be moments to watch.

In one key respect, the EU will never be the same again after Brexit. The teleological notion of “ever closer union” and that the process of European integration is irreversible (dear to many scholars and champions of European integration) has been decisively refuted. No one can assume safely that history has had its last word on how European states organise their relations with each other. 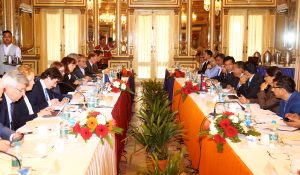 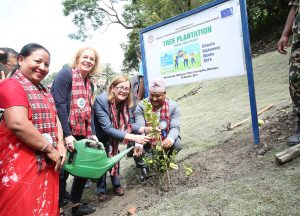 More difficult to get out of EU blacklist due to Taplejung crash: Officials