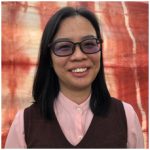 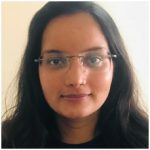 By coincidence, the general elections in both Nepal and Malaysia, one of the biggest hosts for Nepali migrant workers, are scheduled to run one day apart from each other this weekend. Not surprisingly, in both cases, local citizens and foreign observers are paying close attention not only to the competing candidates and party manifestoes but also to the likely political shifts that will happen after the elections.

As shown below, elections have become a regular topic among Nepali migrant workers in Malaysia with their families back home.

“Most Nepali workers here (in Malaysia) follow closely the political situation back home including the elections. But, I feel frustrated because I am here and can’t do much. I can only watch the elections from afar,” a male migrant worker from the Lumbini province who has not voted for 10 years says.

“When I called back home and talked to my wife and family members during the local district election campaign period, they told me that politicians came to the villages and had celebrations. Politicians slaughtered some goats (kambing) and chickens (ayam) and distributed them to the villagers,” says a male migrant worker from the Madhesh province who voted once in Nepal before coming to Malaysia for foreign employment.

“The politicians ask you to call your migrant son to cast a vote. However, when your son is in trouble abroad, they do not receive his call if he calls them asking for help,” says a stay-behind parent in the Bagmati province in Nepal.

Nepali migrant workers are keenly aware that they cannot afford out-of-pocket money (like airfares) as well as time to travel back to their country to cast their votes in the district, provincial and federal elections. And, unlike some other sending countries (like Indonesia and the Philippines), neither postal voting nor voter online registration is made available to Nepali migrant workers.

Thus, although Nepali migrant workers contribute significantly to the country’s economy, about 26% of the GDP through remittances, they are currently politically disenfranchised.

“The funds that the candidates spend during the elections are actually our money (duit)! But, some of them think they are doing charity by giving it to the people this time!” a male migrant worker from Province 1 says, adding he is a registered voter but never voted.

“The politicians are just like actors, and the elections are about them playing games and getting onto chairs (kursi) for positions in the government,” a male migrant worker from Province 1 says. He is also a registered voter who voted once in Nepal before coming to Malaysia in 2016.

Many observers have noted that labour is a highly politicised issue in Nepal, and every political party claims to have an agenda addressing employment in the country. Nevertheless, many politicians do not address the deeper roots of underemployment and underdevelopment in the country by continuing the slogan of providing “free visa and free ticket” to prospective migrant labourers.

In 2018, the Supreme Court of Nepal ordered the government to consider the possibility of upholding Nepali migrant workers’ rights to vote from abroad. Another positive development was the existence of a labour and employment portfolio in the shadow cabinet which consistently raises concerns about migrant workers in parliament. Nevertheless, it has not been able to work towards securing the migrant’s right to vote because of the infrastructural, technical challenges, and security concerns of the e-voting system.

In Malaysia, the Election Offences Act 1954 (Section 25) states that Malaysian employers must grant their employees sufficient time to carry out their responsibility as citizens during elections. They are also not allowed to deduct their workers’ salaries or replace the time taken out during polling day with their workers’ annual leave.

It would be just if a similar interpretation applies to foreign migrant workers as the Labour Act provides that all workers in Malaysia, regardless of nationality, are equally protected.

Hope for changes at home and abroad

“Yeah, many times I have gone to the Nepali embassy in Kuala Lumpur. Sometimes, I went there to help my friends, and sometimes I came for my own work. Yes, the officers in the Nepal embassy try to help more by providing groceries and taking care of their citizens in bad conditions,” a male migrant worker from Province 1 says, “But, I think they cannot do much [about the Nepali migrant workers’ right to vote] because of their limited capacity. But, they try.”

“Many people in Nepal are still jobless, and job opportunities are still limited. The person sitting on the chair (government position) should understand our people’s problems, create more local jobs and handle our country’s issues better,” a female Nepali migrant worker from Province 1 of the country says, “I don’t think anyone likes to be away from their families [during such crucial times] and be here in Malaysia.“

Seeking foreign employment has become a significant livelihood choice for many families, and more and more Nepali youth are leaving for other countries. As the guardian of their citizens located around the world, it is imperative that the Nepali government ensures there are policies and enforcement of safe migration and protection of labour rights in the destination country. It is also their obligation to work towards ensuring the democratic voting rights of their citizens including Nepali migrant workers.

Disclaimer: The views and opinions expressed herein are those of the authors; they do not necessarily reflect the view of the university or any organisations. This is written as a part of the Nepal-Malaysia Corridor, one of 6 corridors for the Migration for Development and Equality (MIDEQ) project supported by the UK Global Challenge Research Fund (GCRF).

Yvonne Khor is also part of the expert network of the Global Initiative against Transnational Organized Crime (GI-TOC). She obtained a master of social science (security and strategic analysis) from the National University of Malaysia.

Sarmila Mainali graduated in development studies from the College of Development Studies, Kathmandu, Nepal. She has been working as a team at Nepal Institute for Social and Environmental Research (NISER) for almost four years.