Donald Trump has won the 2016 Presidential Election in a stunning victory over Democrat Hillary Clinton. The Manhattan real-estate developer will now be the ‘most powerful man’ in the world and will take over the White House to be the 45th President of the United States of America .

Twitter users took it to the micro-blogging site to congratulate Trump.

Congratulations to Donald Trump!! Though I am not disclosing my secret vote to…. in Kathmandu!! pic.twitter.com/bEfvbMo6a6

Others were concerned over the possible outcome of Trump’s presidency.

Unexpected victory by Donald Trump as 45th president of USA. And, its good for America but bad for migrants.

As voting came to an end in the US presidential election, Republican candidate Trump, who was trailing in polls ahead of election on Tuesday, was already on the path to victory. A ‘President Trump’ suddenly became a real possibility.

As America and the world waited anxiously for the race to conclude, Twitter users in Nepal and elsewhere shared their disbelief at the sudden possibility of Trump becoming the next American president.

Disproving forecast #DonaldTrump with 244 is leading over #HllaryClinton with 209
Where is US of A heading??pic.twitter.com/Afwf9uRGxz

Others embraced the possibility.

Welcome Mister President, Donald Trump. I would say you the “Rajinikant of US”. You surprised.. I mean ” SHOCKED” everyone by winning it.

A few others found the race to the White House entertaining.

This election just turned more interesting that House Of Cards. Only if it was Kevin Spacey instead of Donald Trump.

One Twitter user in particular has apparently found out why Clinton failed to win the election. 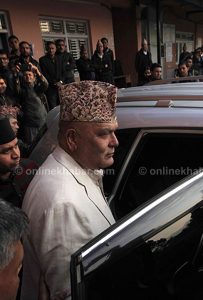 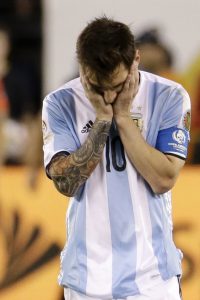 Fans around the world heartbroken after Messi quits So what’s #KritiStoleBob all about? Answered in nine tweets 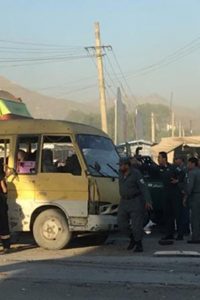