The oldest and biggest university in the country, Tribhuvan University, has assigned officials to hear sexual harassment complaints at its central office and campuses.

According to a notice issued by the TU Registrar’s Office, the rector is responsible for hearing complaints at the central office. Likewise, on its campuses, campus chiefs will be responsible.

At other units of the university, the unit chiefs have been assigned to hear the cases.

A few weeks ago, Onlinekhabar had reported the oldest university is fraught with sexual harassment cases, but there is not any mechanism to address them. The Gender Studies Department within the university had been demanding a clear policy and the provision of responsible officials to address the issue. 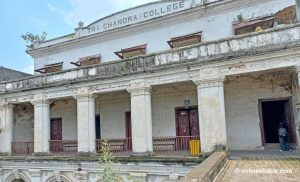