Tecno Spark 7T is a budget smartphone released from the smartphone company Tecno. Mahalaxmi Mobiles, the authorised distributor of Tecno Mobiles in Nepal has released this budget phone in Nepal recently.

Tecno also recently launched a mid-range phone Camon 17P and also has a premium phone named Phantom X. Tecno is gradually releasing smartphones in the Nepali market and will continue to do so in the coming days as well. Not long ago, companies like Vivo, Samsung, Realme and Xiaomi have also launched budget smartphones here and it will be interesting to see which phone will perform well in the market. In this sense, Tecno Spark 7T has a daunting task ahead, but let’s know about the details of the phone for now.

Tecno Spark 7T has a glass front, a plastic back and a plastic frame. It has a glossy back and is susceptible to fingerprints. The sparkling glossy back houses the camera module on which the LED flashlight is also housed together. Just beside the camera module is the fingerprint sensor. At the front, it has a dot notch that houses a selfie camera. With a width of 76.1mm, the phone is 9.5mm thick.

There is a 6.52-inch IPS LCD display on the phone that has a maximum resolution of 720*1,600 pixels. The screen-to-body ratio of the phone is 81.8%, meaning it has more bezels on the screen than its competitors on the market.

Tecno Spark 7T houses a 48MP dual camera on the back with quad-LED flash. The company claims the newly added AI lens on the back brightens the overall dark environment and helps to capture the pictures quickly. The rear cameras are accompanied by the quad-LED flash.

At the front, there is a single 8MP selfie camera which is accompanied by a dual-LED flash. Both cameras on the front and rear can record videos in 1080p at 30fps.

Tecno Spark 7T runs on HIOS 7.6 based on Android 11. The phone is powered by a MediaTek Helio G35 (12nm). It also has an Octa-Core CPU and the graphics are handled by PowerVR GE8320.

Giving the power to the phone is a mammoth 6,000 mAh Li-Po non-removable battery. This power should be enough to have a standby time for up to 30 days. The battery backup can be great for YouTube streaming, watching your favourite movies, and gaming as it should provide a substantial amount of power without worrying about charging.

Tecno Spark 7T only has a single variant at the moment. The 4GB RAM variant comes with 64GB of internal storage. The memory of the phone can be expanded with a MicroSD card by up to 264GB.

The phone has a dual-sim setup and also supports Wi-FI 802.11 b/g/n. There is also Bluetooth connectivity, FM Radio and micro USB 2.0 for further connectivity. For audio, it has both loudspeaker and a 3.5mm headphone jack.

Tecno Spark 7T also has plenty of features for the users. It has a Bluetooth Audio Share 2.0 for instantly sharing your audio and the Inervation app to create movies out of your photo. There is also an inbuilt voice changer app on the phone that you can use for fun. For security, there is a peek proof mode on the mode that will prevent people from peeking on your phone’s display when you are using it. The phone also offers a customised app lock feature, with which you can lock any app of your choice. The phone also includes a child mode to limit their use of content.

Given this price range, Tecno Spark 7T competes with smartphones from Samsung and Xiaomi. Budget smartphones like Realme Narzo 50i, Vivo Y1s, Poco C3, Redmi 9c and Samsung’s Galaxy M01s are already in the market competing in this price category. 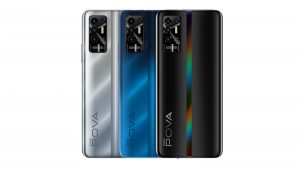 Tecno Pova 2 in Nepal: New brand gets itself better for the budget category 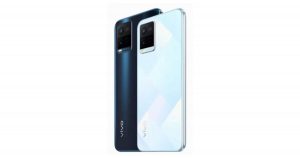 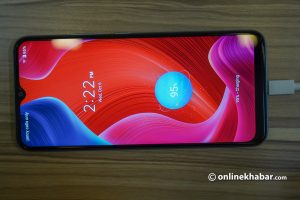