The ruling Nepal Communist Party, on Saturday, formed a panel to suggest a constitution amendment proposal. However, the panel is certain to fail in its stated mission as its members did not own its existence.

Perhaps the most vocal critic of the so-called task force has been Subas Chandra Nembang, who led the 2015 constitution drafting process as the Constituent Assembly chairman. This calm leader is said to have a greater sense of sensitivity, hence he does not criticise anyone in the public. But why is he speaking against the crucial party decision this time?

When Onlinekhabar asked him this question on Monday, Nembang suggested that the decision exposed that party leadership’s failure to run the party in the right way.

Though you rejected the existence of the task force, the three members of the panel held an informal meeting this morning. What did you talk about?

As the news about the ‘task force’ and constitution amendment has gone viral, we apparently talked about that issue. I do not think what the media have been reporting about the issue is true. I have not been informed about it, formally and officially. The media have also reported that the decision was made with a condition of keeping it secret.

In a serious matter such as the constitution amendment, this is not the right way to follow. We hope the party has not done so. If the party has really made the decision, this is totally wrong. This will not give any advantage to the party, ourselves and the system.

In reality, the party has been discussing the amendment issue since a long ago. It has been consulting Madhesi parties, such as the Samajwadi Party and the Rastriya Janata Party Nepal, as well as Dalit and Janajati leaders.

We once commented that the amendment demand was an irrelevant issue because the provincial and federal parliaments were not formed then. Now we have the structures and, hence, an amendment is possible. However, the amendment should be rational and should reflect the needs of the country and its people. A party like the NCP should play its role in amending the constitution for the country and the people. Even (drafting or amending) a general legal provision requires extensive discussions with all the parties and stakeholders; the issue of constitution amendment also demands consultations with political parties and the civil society.

But this time, the rationale of the issue has not been established. The decision about the task force came out suddenly. I do not believe it. I asked the senior leader (Madhav Kumar Nepal) to communicate these issues to the party leadership as he is said to be the coordinator of the task force.

After I expressed my views, Khim Lal [Devkota] also seconded me.

Does it suggest that the decision about the task force will not be implemented now?

I have seen the task force’s existence nowhere. I do not know anything about it. How can I comment on the decision? 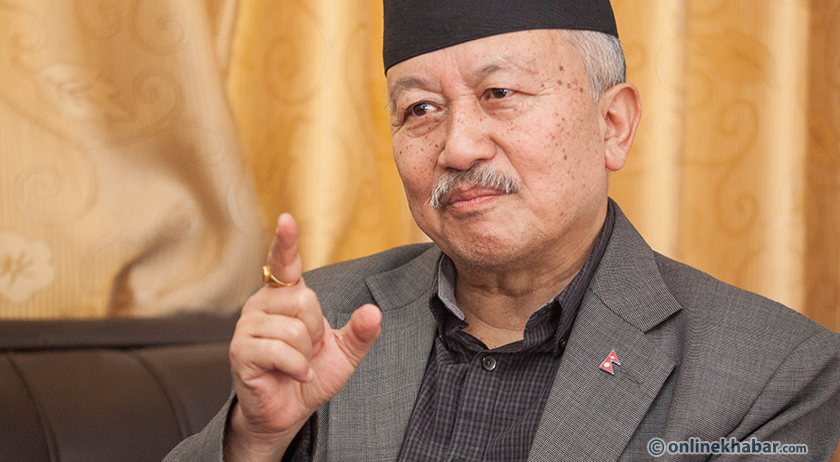 Fine, you and Devkota questioned the existence. What about the coordinator?

He (Madhav Kumar Nepal) also responded to us positively. He said whatever we said were genuine and appropriate issues.

Can we say that the task force then is a stillborn baby?

I do not know if it was ever conceived. But what I am certain is that a serious and responsible party like the NCP cannot move forward this way.

As a constitutional expert and the leader of the constitution drafting process, we would like to know your opinion about Bamdev Gautam’s demand that a National Assembly member is allowed to become the PM.

I will express my views whenever there is a discussion about it (formally). Let me clarify that there had been sufficient discussions about the issue while drafting the constitution in the Constituent Assembly. We had studied examples from other countries and found that India had such a provision. But, India’s condition is different. Then, we decided on the provision of electing a House of Representatives member as the prime minister.

The decision was made after a rigorous discussion. The parliamentary democratic system envisioned in the constitution is an improved parliamentary system, and the provision of electing a House of Representatives member as the PM is a key component of that improvement.

The question today is: is it appropriate to change the provisions introduced with such an extensive discussion just in the first two years of the first House? I have been stressing that we should move ahead based on our needs and rationale.

So why do you think your party formed the task force? Are not there any leaders in the House of Representatives who are qualified to become the prime minister?

I do not think so. Our comrades, both inside and outside the Federal Parliament, are competent. I do not think the party even discussed this issue from this angle. I even do not believe there was any effort made to change the existing provision about the prime minister’s election.

I have a good rapport with comrade Bamdev. He has never talked with me about this issue. He is in favour of a directly elected prime minister. Whatever has been rumoured now, that he made efforts for this, is not true. This will not do anything good for us. 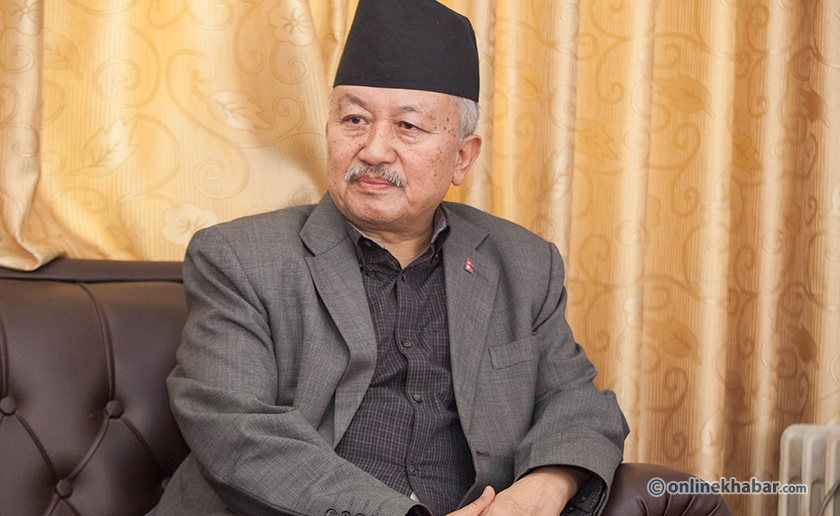 Your party has been forming so many task forces these days. Doesn’t it suggest that the prime minister as the party chair is losing his grip on the party? What do you think as a leader close to him?

As the prime minister, Oli has been a successful leader. I believe if he ever fails, that will mean our failure also.

But I do not buy your statement that I am close to him. I am close to everyone. Recently, during the standing committee meeting, I had joked that if the party would ever think about expanding the secretariat, I should be included because everyone loved me. I am close to comrade Prachanda (executive chairman Pushpa Kamal Dahal) also. I have closely worked with him regarding many issues.