Rise of the neo-Koiralas: Why Shekhar, Shashank can be a better choice in leading Nepali Congress The Koirala family has been omnipresent in Nepali politics since the 1950s. The plunge into politics was taken by the family patriarch Krishna Prasad Koirala back in the 1920s when he had sent Chandra Sumsher Rana a package inclosing torn apparels to shed light on the prevailing condition of his subjects. After that, the family had to face a lot of state wrath until the Rana regime was overthrown in 1950. Thereafter, Matrika Prasad Koirala became the first commoner prime minister of Nepal. The subsequent events that followed made BP Koirala the first democratically elected prime minister of Nepal.

Then, the Koiralas had to patiently wait until the 1990s to wrestle power back through democratic means. Girija Prasad Koirala was elected the first prime minister under the reformed 1990 constitution. However, democracy was a victim to a lot of gruesome power struggles, corruption and nepotism in this decade. This was the primary reason for the erosion of confidence of the people in this clan. Although sacrifice and struggle were at the core of Nepali values and the Koiralas were the epitome of these values, the degeneration outweighed the virtues coupled with clashes within the Nepali Congress. Consequently, the monarchy was successful in taking back its hereditary powers and made Nepal regress to a semi-feudal structure in the new millennia.

The new millennia saw a lot of changes in the global and local political scenario. This coupled with the monarch’s dwindling international relations was able to create another vacuum in Nepali politics only to be filled by Girija Prasad Koirala.

The question here is why one family was being replaced by another family. Although the natures of the Shah and Koirala families are poles apart, why were the Koiralas the only alternative to the Shahs?

The answer to this lies in a trend of familiarity vehemently present in the Nepali consciousness. To elaborate, people of Nepal are more willing to accept a leader/party/family with whom they have associated in the past although there might be exceptions in the case of unprecedented events which call for unprecedented outcomes. But, in a nutshell, Nepalis are simple and temperate people and tend to settle with something or someone they are familiar with. An example of the same can be the seasonal pro-monarchy chants whenever the government clashes with people’s aspirations. The obsession with familiarity is so inherent in our consciousness that we rather turn towards a 240-year-old feudal power than search for alternatives among a plural democratic framework.

Another virtue that is valued by the Nepali community is the unity of a family. The Koiralas through their ups and downs have remained intact as a unified family. This value has canonised the Koiralas above all other political opponents. The idea of a unified family along with values like fraternity and cooperation is intrinsic in our cultural and civilisational values, and the Koiralas are the embodiment of these values.

Apart from these two value-based propositions, there is nonetheless the fact that the Koiralas have been ideologically sound, organisationally efficient and have a good measure of the pulse of the nation. This can be seen in the present Koiralas, Shekhar and Shashank (hereinafter referred to as the neo-Koiralas) as well.

The present generation of the Koiralas in Nepali politics has a different approach from their predecessors. Firstly, the early Koiralas joined politics due to compulsion; the chain of events that took place after the ‘package’ incident resulted in circumstances where politics became the only instrument of existence. The neo-Koiralas, on the other hand, ‘chose’ politics as an instrument to improve and enhance the political system brought by their predecessors. Rather than compulsion, there is an element of passion present, which is one of the key ingredients of a successful leader.

Secondly, unlike the past Koiralas, who dedicated their entire life to politics (as they were inducted to this stream at a very tender age), the neo-Koiralas had an opportunity to experience an illustrious professional life, which usually brings a radical change in the approach to the operation and governance of a political party or state. This can be observed in the leaders of many European nations as well as the United States.

Fourthly, due to their diverse background, illustrious professional career, and polymathic personalities, the neo-Koiralas have been able to bring out new ideas, programmes and campaigns, for instance, the ’40-50-60′ or the ‘one-person-one post’. These ideas depart from traditional thinking and can be seen to be very liberal and revolutionary in the Congress framework.

The neo-Koiralas have realised that following their predecessors’ path will not yield the desired result in the 21st century. Furthermore, it can be noted that both Shekhar and Shashank have received minor tutelage from their uncle Girija Prasad as both leaders joined active politics somewhere around 2002-2004 and were able to work with the uncle for just around six to eight years. Moreover, the neo-Koiralas have been successful in building a holistic personality with characteristics which are beyond the classical Koirala characteristics. The neo-Koiralas have moved beyond sacrifice and struggle and have displayed competence, determination, prudence and vision, characteristics which are imperative for leadership.

Thus, it would be lamenting to just perceive the Koiralas under the lens of ‘legacy’ as we often hear in the media. For the abovementioned reasons, the neo-Koiralas have broken the shackles of legacy and moved beyond the classical Koirala traits to prove themselves worthy.

All of us would agree that democracy is not always about choosing the best candidate, but sometimes it is about choosing the most suitable candidate from the available pool for the survival of the system, ethos and values. In today’s Nepal where democracy is being subverted due to an all-powerful communist party coupled with a feeble opposition both in numbers and principles, one should concentrate on strengthening the opposition which in turn should keep the ruling party in check. Therefore, one should keep all these factors in mind before forming an opinion on any potential candidate to lead the Nepali Congress party as there is too much at stake at this time. We could be headed towards a pluralistic democracy where all voices are heard or we could head towards a one-party totalitarian regime which history has proved time and again is deaf towards the voices of the minority.

Hence, in examining the leaders, one should ideally evade the preconception that accidentally being born into a family makes you a dynast. Moreover, it is very possible to learn from the mistakes of your predecessors and imbibe their virtues, which is the fundamental feature of being a ‘neo-Koirala’.

Ghimire is a lawyer. 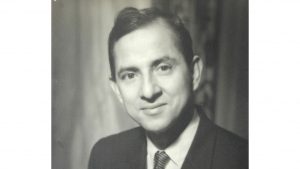 BP Koirala’s socialism: What Nepal needs now for the dream to materialise 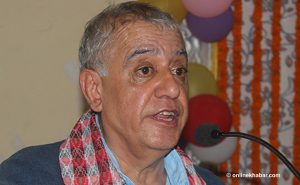