The chairman of the recently split Nepal Communist Party has appealed to India for extending support to his faction for its ‘struggle for democracy’ in the country.

Dahal’s statement shows his side is not confident of independently winning over Prime Minister KP Sharma Oli in the current political fight in the country in the wake of Oli’s decision to dissolve the House of Representatives.

In an interview with Onlinekhabar on Saturday, the former prime minister also said he was not willing to become the next prime minister if the Supreme Court revokes the dissolution of the House and reinstates it.

Here are five key points of his opinions:

I appeal for the sympathy of India and other democratic countries that had sympathies for Nepal’s journey in the peace process and introduction of federal democratic republicanism. This change is the result of Nepali people’s protests, but our neighbours and friends had also extended their support and sympathy. It is not a secret. Today, the public is on the streets again, and the democratic countries that played a positive role yesterday need to extend their sympathy… This call is not for interference but for the protection of democracy and constitutionalism in Nepal.

2. India’s donation of vaccines is not Oli’s endorsement

India gave thousands of doses of Covid-19 vaccines to Nepal showing its sensitivity to Nepali people’s problem. I would like to thank the Indian people, government and Prime Minister Modi for that…But, it is not assistance to the Oli government. Oli and his government might interpret this way, but the Indian government extended the support to Nepali people.

We are neither pro-India nor pro-China, neither pro-America. We are pro-Nepal. Nepal’s interests are on top. But, it is our responsibility to make good relations with India, China, and all international powers. This is progressive nationalism… But, Oli’s nationalism is a part of feudalistic nationalism.

We have heard the lawyers arguments [about the dissolution of the House] in the court…It has already been clear that the court cannot move forward as Oli thinks. Also, the Election Commission cannot support him [regarding the legitimacy dispute of the NCP]… As per the constitution and the act, whoever commands the majority gets the legitimacy and the election symbol. I don’t think there is any if and but.

5. I don’t want to become the next PM

Instead of us, I wish there should be from among opposition parties because we were in the power until recently… If that happens, it gives a good impression to the people and there will be stability in the country. It can also make good relations with international powers…After the House reinstatement, it is almost clear that we will have a coalition with Nepali Congress and Janata Samajwadi Party Nepal. 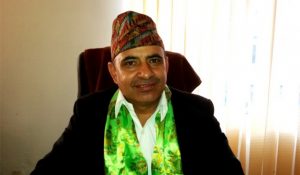