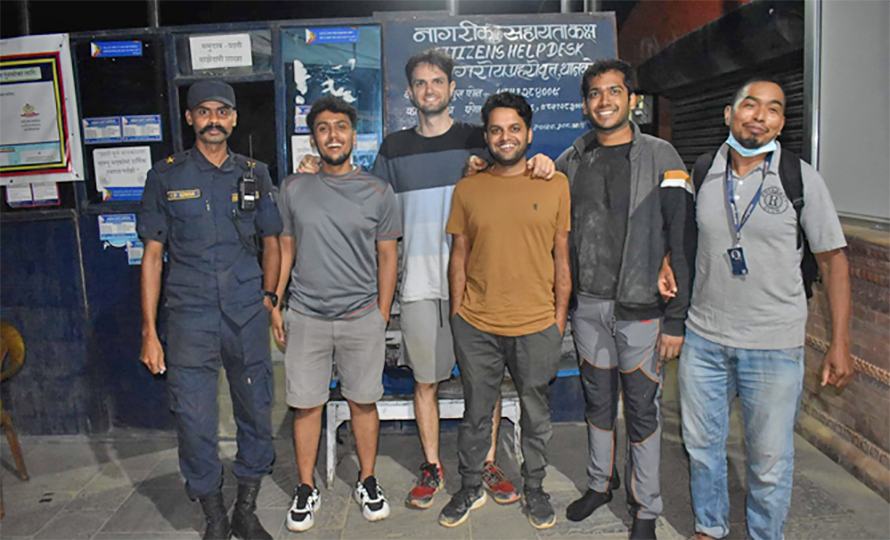 Three foreigners, lost in the Chandragiri jungle, west of Kathmandu, have been rescued on Sunday.

A 10-member team of Nepal Police headed towards the Chandragiri jungle on Saturday evening after they were informed about three foreigners getting lost in the jungle.

The foreigners were around 100 metres below a hilltop near the Chitlang-Thankot road section. They were rescued using ropes, informs Nepal Police’s spokesperson SP Dinesh Raj Mainali.

SP Mainali says the foreigners–Douglas Rowe from the United States and Nawapreet Dillon and Madhav Gupta from India–are fine and are reunited with their friends. 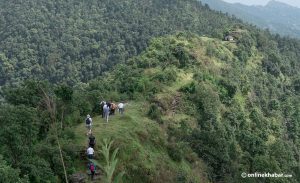 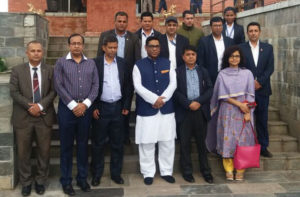