Patlekhet Community Homestay continues to thrive even after devastating earthquake

When the likes of Kesav Prasad Badal and Rabindra Neupane proposed the idea of a community homestay to the people of Dandagaun in Patlekhet, Kavre in 2011, many did not take it seriously. Some even laughed at them.

But seven years on, the homestay they imagined has not only become reality but also survived many adversities including the 2015 earthquake.  It has now become a destination adored by Nepalis and foreign tourists.

The homestay project started in late 2011. But Neupane, who is now the manager of Patalekhet Community Homestay, shares that the initial plan was a bit different. “We were all busy with our own lives. The village was dependent on agriculture and livestock. But as soon as the BP Highway was constructed, we saw people from all parts of the country pass by. We felt that if we could sell things to passengers, people could earn,” shares Neupane.

But while Badal was the chairman of Village Development Committee, he got associated with Lovely Green Nepal, an NGO that works to create an economically sustainable, environmentally sound and socially peaceful and harmonious communities.

The director of the NGO was late Gore Kaji Sangat, who introduced Badal and the people of Dadagaun to Everything Organic Nursery which provided technical assistance and training to both Nepali and foreigners.

“Sangat sir and Osino san from Lovely Green Japan then asked us if we would like to host their Japanese group,” adds Badal who is now the President of the community homestay.

As the people had no idea what to do, they were first reluctant. But after Sangat said he’d teach them how to cater to the guests the community agreed to do so.

“He stayed with us and taught us how to host and what the foreigners liked. We did a lot of activities with the foreign group and to our surprise they loved it. They enjoyed our hospitality which made us want to do this more,” adds Neupane.

Sangat then, with the help Osino, started to bring in more Japanese tourists to the homestay. Along with the Japanese, a Taiwanese group also started coming to learn organic agricultural techniques from Everything Organic Nursery. That group also stayed at the community homestay.

“By 2014 we started to get a good number of foreign visitors. It helped us sustain the homestay. But then disaster struck,” shares Neupane.

Problems due to earthquake

The 2015 earthquake damaged the homes in the area used for the homestay. All 16 buildings collapsed.

“There were hardly any homes remaining. We were on the brink of closing down. It wasn’t easy for us to rebuild but then help came,” adds Badal.

Help didn’t come in the form of financial aid, but it came in the form of commitment to send more tourists to the place. The Taiwanese group committed to send regular visitors which helped the homestay during the troubled times.

“They even came to visit us after the earthquake. They stayed in temporary shelters and tents and helped us remove the debris left by the earthquake. If we look back that help was invaluable. It helped us get back on our feet. If they hadn’t promised to send people, there is no doubt we would have closed down,” adds Badal.

Badal adds that the Japanese and Taiwanese groups also gave funds to build six community schools and a community centre in the village which is home to three different cooperatives. Neupane reveals that the villagers made one mistake while rebuilding their houses: they built concrete ones.

He adds that a Taiwanese visitor had told him not to build one because that would mean others would follow but he didn’t take his advice. By the time Neupane realised it was too late.

“The traditional look of the village and the homestay has disappeared. We want to bring some back but it’s not possible,” he adds. 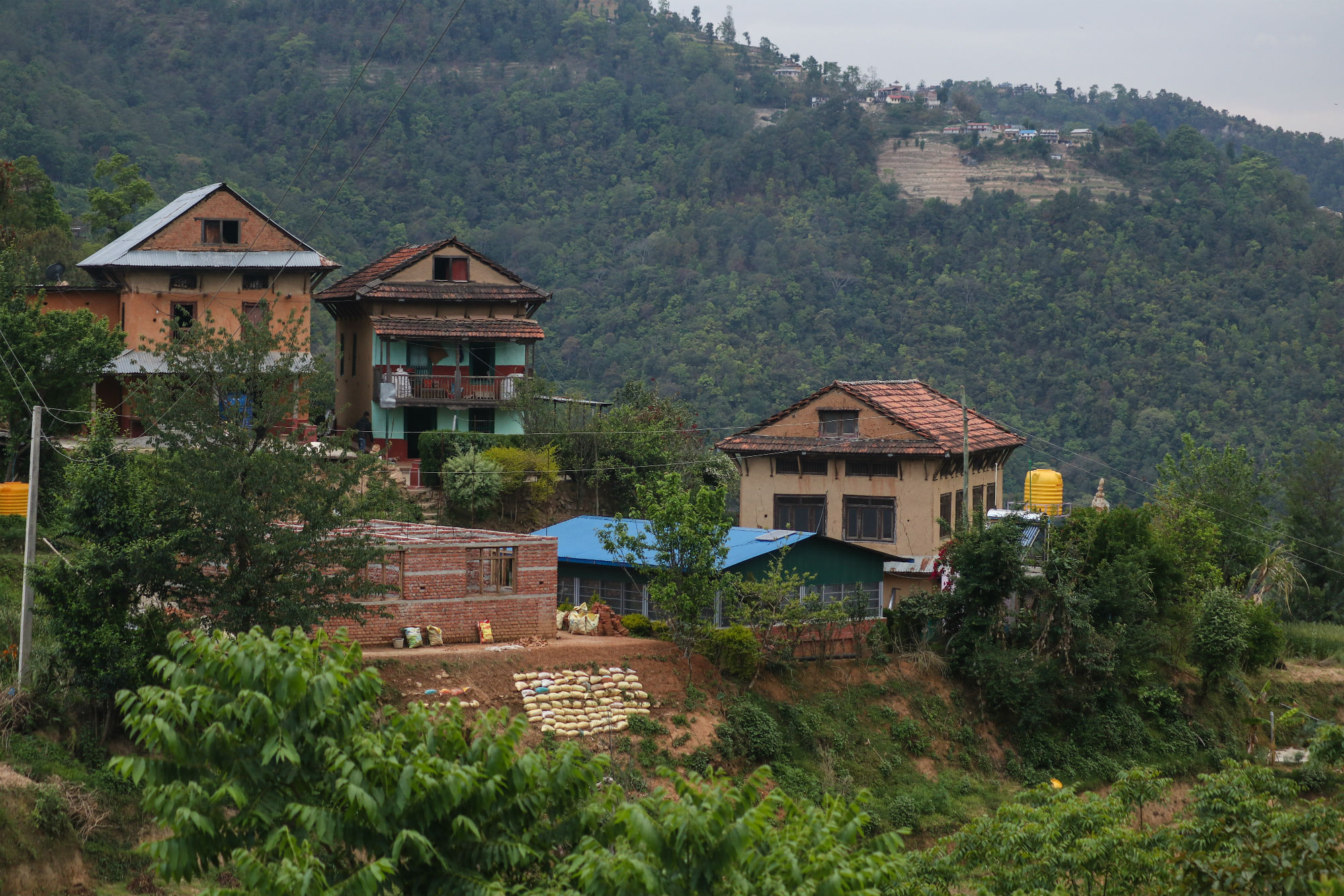 Badal further adds that the homestay directly or indirectly has given employment to 100 people. He shares that the project has helped many others in the process.

“Before we were farmers who earned income by selling vegetables and milk. It is still that most of us do but the homestay has helped us a lot. We have learned new techniques of farming thanks to the Everything Organic Farm who provide us with technical knowledge and seeds. They motivate us to produce organic produce.”

He adds that foreign visitors also teach them a lot. This project hasn’t just brought them income but also taught them how to be civil and exposed them to something entirely different. Badal mentions they have learnt the importance of cleanliness and health and safety. Before their cow sheds used to be dirty but now things are cleaner. They also have learned new techniques to produce organic vegetables. “When I was a kid, I used to waste my time doing stupid things. But now the village has transformed. The homestay has empowered most of us. It hasn’t stopped people from leaving the village but it has helped us set an example that we can do something staying in the village itself,” says Neupane who also adds that the project has also helped village learn about tourism and its impact.

Badal has similar views. He adds that during the early days, people didn’t want to keep more tourists in their homes. But as they gradually started doing it, people started to feel that it was easy. “People who used to tell us we don’t want many visitors now say that they want more. Others have come and asked us if they can join. This project has been quite good for the village as one house on an average earns Rs 15-20,000 if a tourist group stays for a week,” he adds.

To cater to the needs of the foreign tourists, the homestay owners have also been given hospitality training by Nepal Tourism Board, NATHAM and Taragaun Development Committee.

The homestay hasn’t just attracted foreign tourists. It has also seen a lot of local tourists in the past few years. With only 42 km away from Kathmandu the place has seen NGOs, colleges and other organisations visit on a regular basis.

Neupane shares that the place gets around 1,000 local tourists a year, but is quick to add that not all understand the concept of a homestay.

“While many respect the way things are run in the village we do get a few who don’t. They don’t want to enjoy the peace and quiet the homestay offers. They’re here for a good time as they play music and party till late. Even though they spend more money than foreigners do, their attitude has made some of us reluctant to host Nepali groups,” he adds.

The future of the project is simple – keep improving. Most of the homestays now are on concrete homes with a bedroom that accommodates two and a clean attached bathroom with a commode. The stakeholders who didn’t want many tourists, in the beginning, are now desperate for more.

The homestay committee is now planning to do more marketing to ensure they have more footfalls. Currently, the place gets around 1000 foreign and 1000 Nepali visitors and they want more.

They are also working on keeping the place clean however because the place is so close to the highway it isn’t as possible.

“I feel that starting this has been beneficial to the society in general. It has helped us a lot. I feel that more places should have community homestays. If it’s possible people should open because it changes the place. It makes it better,” adds Badal. 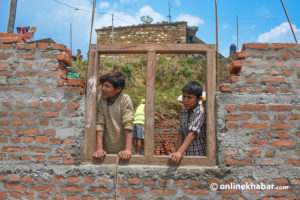 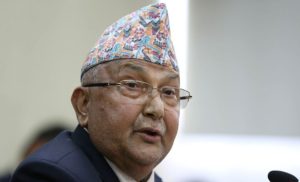 Reconstruction will be over in next one year, claims PM 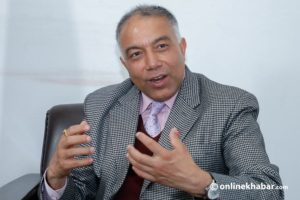