Offences against public tranquillity in Nepal: Basics explained including punishment Here are basic things to know about the actions against public tranquillity.

The following acts are regarded as acts against public tranquillity.

Provisions and punishments regarding unlawful assembly

Further, section 62 of the National Penal Code, 2017, elaborately explains that if a member of an unlawful assembly commits an offence in the achievement of the object of such assembly, every member of such assembly who aids and assists knowingly at the time of the commission of an offence shall be considered to have committed the offence.

Further, no person shall hold any torch procession or assembly or procession carrying a fire or inflammable substance in any place specified as the sensitive public area with an intent to disturb public peace. More on this, if anyone provides his or her house, land, vehicle or arm to that other person, knowingly or having a reasonable reason to know that another person is going to breach public peace or commit rioting, that shall be considered as committing a crime against the law. Any person found committing any of these two acts shall be held liable for imprisonment not exceeding six months or a fine not exceeding Rs 5,000 or both.

Additional to this, no person shall knowingly violate a curfew order imposed by a competent authority under law to prevent an unlawful assembly, riot or any other act that breaches tranquillity. Any person committing such act shall be liable for imprisonment for a term not exceeding one year or a fine not exceeding Rs 10,000 rupees or both sentences.

Provisions and punishments regarding riot and obstructing public servant work 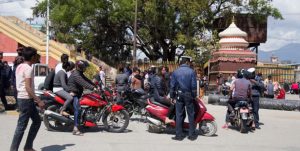 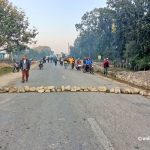