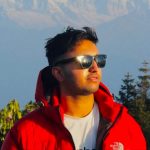 Obesity is primarily an abnormal or excessive fat accumulation that presents a detriment to health. A body mass index (BMI) over 25 is considered overweight, and over 30 is obese. The consistent contribution to adipose tissue whets obesity.

According to the WHO, obesity has reached epidemic proportions globally, with at least 2.8 million people dying each year as a result of being overweight or obese. Once associated with high-income countries, obesity is now also prevalent in low and middle-income countries like Nepal. There is a projection that by 2030, half of the world will be obese or overweight. Nepal is also on the verge of this problem.

Students who take snacks while watching television were significantly overweight compared to those who do not. This study found a relatively high prevalence of overweight among girls of the 13-15 age group from private schools.

In the findings of the Nepal Demographic And Health Survey (NDHS), 2016, a total of 14,937 participants (41.3 per cent of men and 58.7 per cent of women) from Nepal’s 77 districts, across seven provinces, were included. The prevalence of underweight and overweight or obesity was 19.2 per cent and 18.2 per cent respectively.

What can be done?

To navigate this situation, we can adopt the following things.

Dietary changes: Limiting unhealthy foods (refined grains and sweets, potatoes, red meat, processed meat) and beverages (sugary and fizzy drinks) and increasing the consumption of whole grains and other high-fibre food such as fresh fruits and vegetables can help a person to lose weight. One advantage of a high-fibre diet is that the body feels full more quickly, making it less tempting to eat more. Whole grains help a person to feel full for longer because they release their energy more slowly.

Exercises: While the body does burn some calories even when a person is just sitting or sleeping, for most people, the more active they are, the more calories the body will burn. Michael Greger in his book How Not to Die epitomised a meta-analysis of physical activity dose and longevity and found that the equivalent of about an hour of brisk (4mph) walking is good, but 90 minutes is even better.

An hour-long walk each day may reduce mortality by 24 per cent. Exercises can be either moderate-intensity activities such as dancing, hiking, bicycling, canoeing, gardening and swimming or vigorous activities such as basketball, football, jogging, squash, push-ups, hockey, and bicycling uphill.

Medication: Many different types of anti-obesity medicines have been tested in clinical trials, but only one has proved to be safe and effective: orlistat. Orlistat can be used if a doctor or pharmacist thinks it is the right medicine. In most cases, orlistat is only available on prescription. It is only prescribed if you have a BMI of 28 or more, and other weight-related conditions, such as high blood pressure or type 2 diabetes and a BMI of 30 or more.

Behavioural changes: An average individual spends one-fourth of the time a day on social media, which is five hours a day. This has had adverse impacts on their health. By cutting off screen time, we need to focus passionately on behaviour modification programmes that can help make lifestyle changes and lose weight. Talking with a mental health professional can help address emotional and behavioural issues related to eating.

Therapy can help to understand why you overeat and learn healthy ways to cope with anxiety. Finding a camaraderie and understanding in support groups who share similar challenges with obesity. Getting an ample amount of sleep eight hours every night is indispensable because poor sleep is associated with weight gain and obesity.

The obesity culture is creating a shorter life span. Nevertheless, we need to combat this problem with great fortitude to be healthy and prosperous before it results in a global problem. Therefore, we need to prevent the ongoing war before it takes more human life.

Dhakal is a student of BA LLB at Kathmandu School of Law. 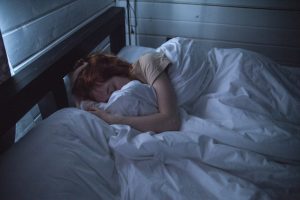 Many people fear getting fat during lockdown. How can they avoid it?