Nepal’s central bank, Nepal Rastra Bank (NRB), has barred commercial banks from issuing letters of credit for the import of luxury items citing an impending crisis in the national economy.

Whereas the banking regulator has been maintaining import restrictions for the past few months citing the liquidity crunch, it further tightened the grip on the banks’ LC rules.

With the new directive, the banks are barred from issuing LCs for any import except very essential items.

The bank had issued the directive during a meeting with top officials of the commercial banks in Kathmandu on Monday.

One of the CEOs who attended the meeting says the central bank officials were more concerned about the import of vehicles, saying they want it to stop for at least a few weeks.

NRB spokesperson Gunakhar Bhatta says, “We have seen there can be some crisis in the economy soon, and it is because of imports. Therefore, we have discussed halting the imports if they are not immediately necessary.”

Bhatta says saving the country’s economy is everyone’s responsibility, hence, banks should be serious about it. 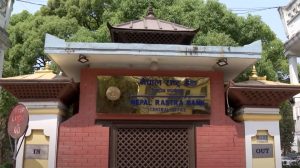