As Covid-19 has limited investment opportunities in Nepal, a lot of people have resorted to investing in stocks. Even though there were initial fears that the market might crumble due to the lockdown, the exact opposite has happened. When the government reopened the stock market in May 2020, the Nepse index stood at 1,200. On Monday (May 23) the index reached as high as 2,823, the highest it has ever reached as there were trades in excess of Rs 13 billion. That record was soon broken as on Thursday (May 27), Nepse closed at 2,815 while turning over Rs 14.7 billion.

While various other industries continue to suffer due to the pandemic, the stock market seems to have thrived. But, why?

The first he says was the use of technology. With trading now done via a trade management system (TMS), things have become easier for traders to buy and sell stocks from home. The second he says is easy access to loans from financial institutions.

The TMS, when initially introduced, was heavily criticised by everyone. But in recent time, people have been praising the software as it has made trading of shares easy.

“We have always tried to make sure that we want to change according to time. Thanks to the software, more and more people have started to invest in stocks,” says Saud. “There are over 600,000 people who use the software. They have the comfort of trading even when they are at home.”

The second factor he says is easy access to loans. Ever since the Covid-19 hit Nepal, deposits at banks have risen significantly. With limited investment opportunities, the banks have been giving out loans to buy shares.

He says that as interest rates are low, various investors in the market started margin lend (lending money backed by shares). The margin lending is still at 70 per cent. That has helped the stock market rise up exponentially, says Saud.

Profits to everyone: from public to govt

Saud also says that with a lot of people earning a lot of money in the past year, more people are joining in.

“So many people have made profits up to 90 per cent. When I tell someone I have made a huge chunk of profit, they will definitely want to invest in it,” Saud adds.

On Thursday, the share turnover was in excess of Rs 14 billion despite Nepal Rastra Bank’s new directive which has tightened the rules for banks and financial institutions to invest in the stock market. This makes it evident that there is interest from a lot of people. This, Saud says, helped both investors and the government to earn money.

CDS and Clearing Limited, which looks after share transactions, says that the government has collected a good amount of revenue in the form of taxes from the share market. The CEO of CDS and Clearing, Purna Prasad Acharya, says that in the current fiscal year, the government has collected Rs 10 billion through the stock market in the name of capital gains tax.

The Federation of Nepalese Chambers of Commerce and Industry (FNCCI)’s Capital Market Forum’s chairman Ambika Prasad Poudel says that the share market had been a good source of revenue for the government.

“They have understood that they can collect decent revenue from the stock market,” says Poudel who, like Saud, thinks the market has boomed due to the coronavirus pandemic.

He says that people should look at it positively as the stock market does more business than the entire banking sector some days.

“While the entire nation has been shut, the stock market has helped keep the economy afloat,” says Poudel.

But, Biswa Mohan Adhikari, an assistant professor at Tribhuvan University, says the market is increasing in an unnatural manner. While many investors are earning good money from it, he says, it will bankrupt a lot of small investors.

“The economy is in peril, but the share market is not. This feels wrong and in a way manipulated,” says Adhikari. “The only people who will earn are the smart and big investors. The small and the not-so-smart will fall victims to this unnatural market.”

He says that people should do their due research before investing in the market if they do not want to lose their money.

But, people jump in without thinking as the market is quite lucrative. In the past nine months, stock market investors have earned over Rs 17 billion.  The capitalisation of Nepal’s share market has increased by Rs 1.7 trillion in these nine months as it has gone up to 3.7 trillion from 1.79 trillion.

Nepse index up by 101.07 points as shares of 209 companies turn costlier 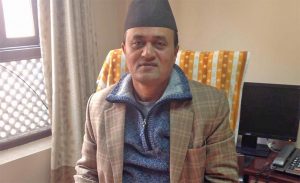